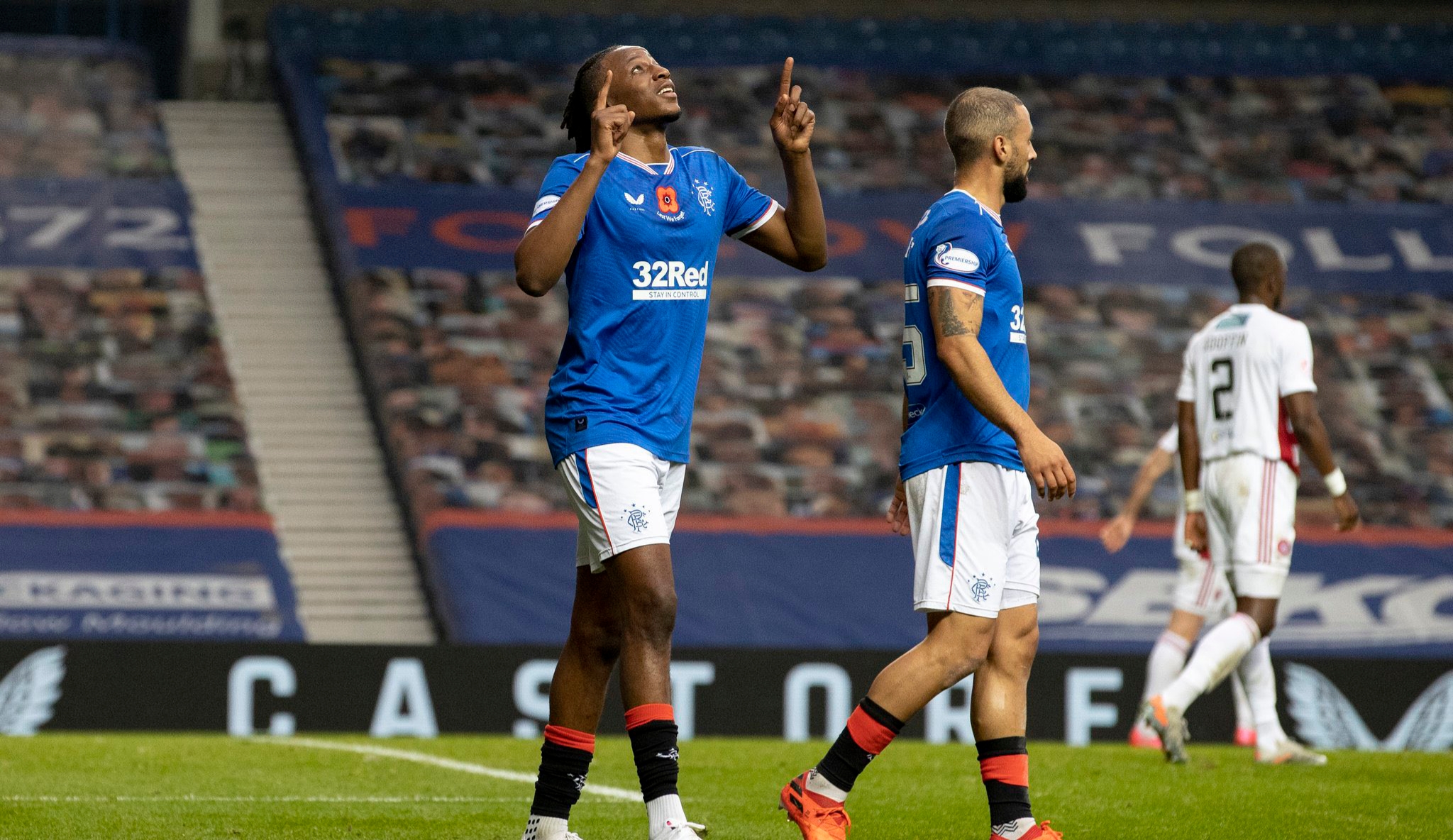 Super Eagles midfielder, Joe Aribo has reacted to Rangers 8-0 victory over Hamilton Academical in a Scottish Premiership clash at the Ibrox Stadium on Sunday.

Aribo, who bagged a brace in the encounter, acknowledged that his team was on fire and was glad he contributed to the win with goals.

He netted the third and fourth goal of the game, to increase his tally to four goals in eight league appearances this season.

“Massive win today! Team was on fire ?. Delighted to contribute with 2 goals, thank you God ??,” he tweeted after the clash.

Massive win today! Team was on fire ?. Delighted to contribute with 2 goals, thank you God ?? pic.twitter.com/ZHA8tXH8JY

Aribo was replaced by Ianis Hagi in the 69th minute of the encounter while compatriot Leon Balogun was on throughout the encounter.

Rangers are now unbeaten in their last six league games.

Both Aribo and Balogun are expected at the Nigeria camp this week ahead of the Africa Cup of Nations (AFCON) qualifier against Sierra Leone.

Nigeria will face the Leone Stars on November 13 at the Samuel Ogbemudia Stadium in Benin before traveling to Freetown where they play the reverse fixture on 17th.