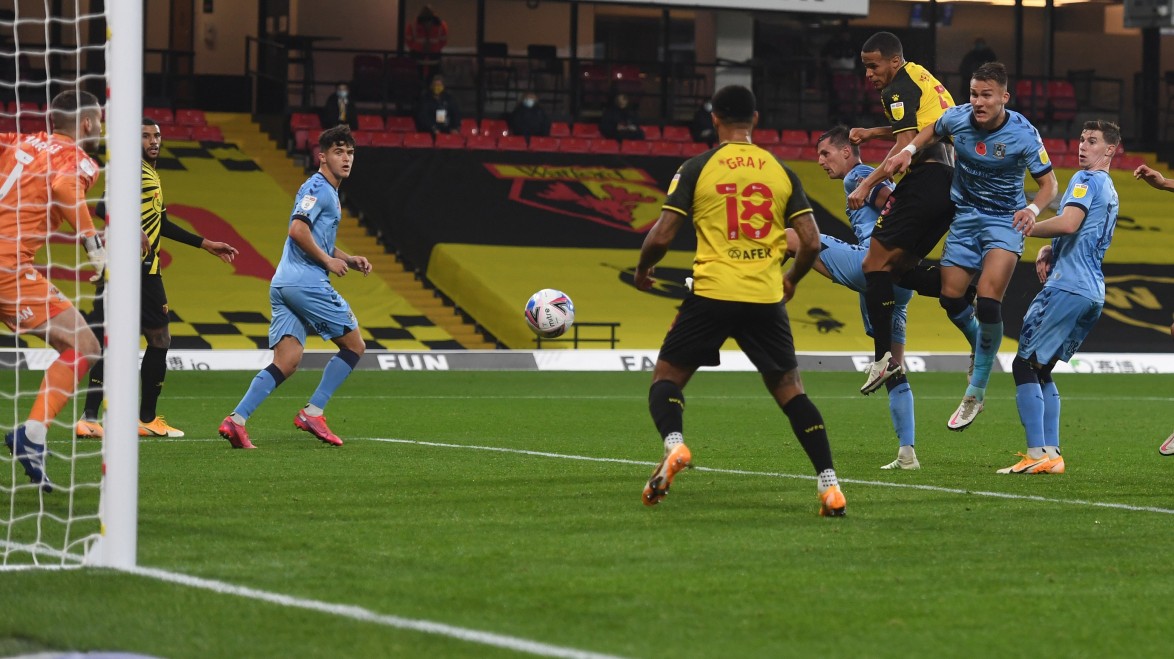 Super Eagles defender, Williams Troost-Ekong says he is looking forward to making more contributions to his club Watford as they seek to return to the Premier League.

Troost-Ekong was commenting after he opened his Watford goal account on Saturday, as he helped the Championship side secure a crucial victory.

Watford’s 3-2 win against Coventry City at the Vicarage Road meant they have won six games this season and are second on the log.

“It was an important moment and set-pieces are so important in this league, you see how they can change games. It’s been going against us so far this season so to score from a set-piece is massive,” said the defender, who headed home from a James Garner corner.

“I’m happy I managed to contribute like that today and hopefully we can get some more during the season.

“The goals for are really important. We have to do a bit better, we’ve been conceding too many in the last few games but there’s so much we can still improve and I think this team has so much potential.

“We just have to keep going and keep working, keep the goalscoring going and hopefully we won’t concede as many goals from set-pieces as we have done.

“If you’re looking at the target for the rest of the season, we need to stay on course,” added Troost-Ekong.

Watford have now managed six goals in the space of three days in addition to eight goals from the start of the season, as Vladimir Ivić’s men go second, one point off table-toppers Reading.

Related Topics:ChampionshipCoventryWatfordWilliam Troost-Ekong
Up Next