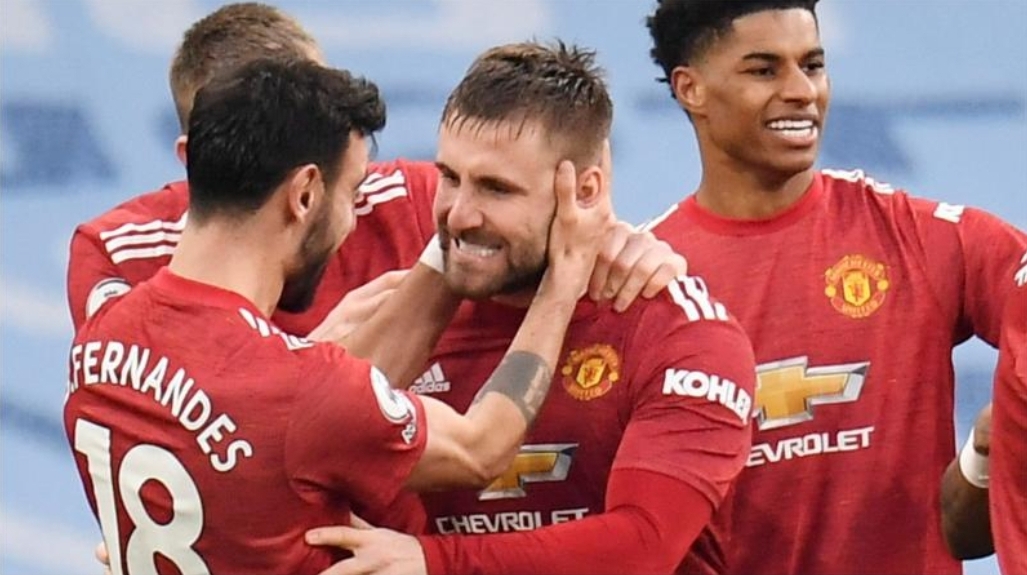 Pep Guardiola City’s sequence of 21 successive victories in all competitions crashed at the Etihad Stadium, with goals by Bruno Fernandes and Luke Shaw stole the show.

Fernandes’ penalty opened the scoring after 101 seconds, and the goal was the earliest goal City have conceded in a league match at home.

Ole Gunner Solskjaer’s United, who have now gone 22 league away games unbeaten, moved back into second place a point ahead of Leicester City. Man City still top the league with 11 points.

Earlier on Sunday, Fulham inflicted yet another home defeat on Liverpool, who have now gone six games at Anfield without picking a point.

Super Eagles duo of Josh Maja and Ola Aina were in action for Fulham, but it was Mario Lemina who scored the only goal of the game on the stroke of half-time.

The goal gave the visitors a deserved win and saw them draw level on 26 points with 17th-placed Brighton.

The Reds, who won the title last season by 18 points, remain on seventh spot in the league table, two points behind sixth-place West Ham.

In the other Premier League clash on Sunday, West Brom played a goalless draw against Newcastle United.