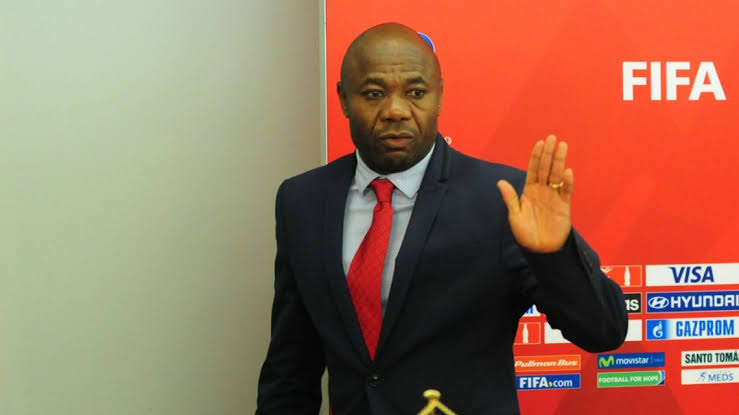 Former Super Eagles winger, Emmanuel Amunike has expounded on the step Africa must take if the continent would ever win the FIFA World Cup.

The formers Tanzania coach reiterated that Africa can only win the World Cup if they develop the young generation and concentrate on grooming local players.

Amunike made this known in an interview with FIFA.com, where he said that Africa had the potentials and talents to match their European counterpart with the right mindset.

The 1994 African Cup of Nations winner and 1996 Olympic gold medalist also noted that Africans must avoid talking too much but doing the talking on the field of play.

“We have to develop the young generation and lay foundations for the young ones to be in a position to be able to compete.”

“I think the only way we Africans can do better, is by going back and developing our players.

“It is true that we have a lot of great players playing in Europe, doing very well but, of course, we also have to think about those playing in the country, how we can aid them to become much better players and how we can develop them,” he added.

No African country has ever won the World Cup. The furthest Africa has gone in the history of the men’s tournament is the quarterfinals, which was achieved by Ghana in 2010, Senegal in 2002 and Cameroon in the 1990 edition.

Recall that Africa hosted the men’s tournament for the first time ever in South Africa 2010, and that edition was won by Spain after they defeated Netherlands in the final.

Pacquiao retires from boxing to focus on politics