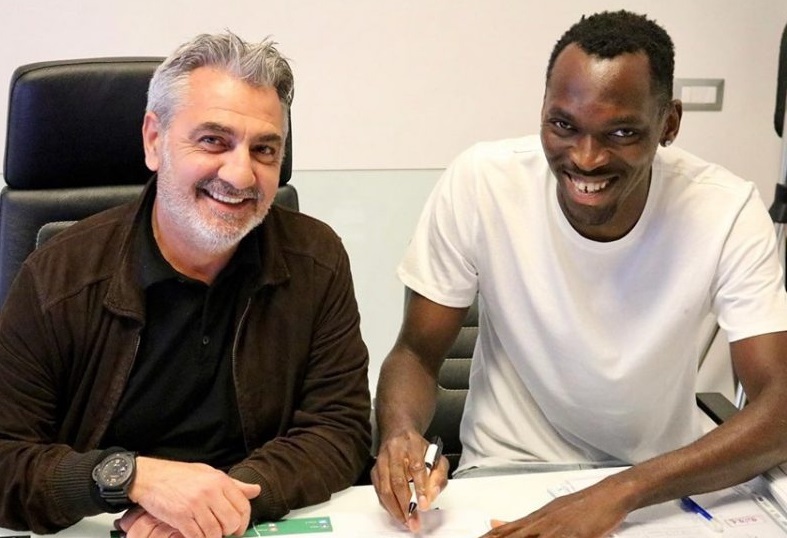 Super Eagles forward, Simy Nwankwo has signed to extend his stay by three years at Serie B club, Crotone, and says he is delighted to have done so.

The 27-year old, who was set to become a free agent next month after running down his previous contract with the club, decided to remain with the Sharks and the president, Gianni Vrenna, heaped praises on him after he signed.

“Simy is an exemplary professional, an excellent guy both on and off the field. He joined the Rossoblu family three years ago and won over everyone with his generosity and goals. We are very satisfied with the agreement reached,” Vrenna told the club’s website

Speaking to the club website after penning the three-year contract, Nwankwo, who linked up with Crotone from Portuguese club Gil Vicente in 2006, thanked the club for their trust for him.

“I am very happy to be able to continue my story with this shirt. In Crotone I grew up both as a man and as a footballer and I also became a dad. I thank the club for the trust it has always placed in me,” Simy said.

Nwankwo, who was also a member of the Nigerian squad to the 2018 FIFA World Cup in Russia, has scored 24 goals in 77 league appearances for Crotone.

Next season will be tougher but City will be stronger – Guardiola