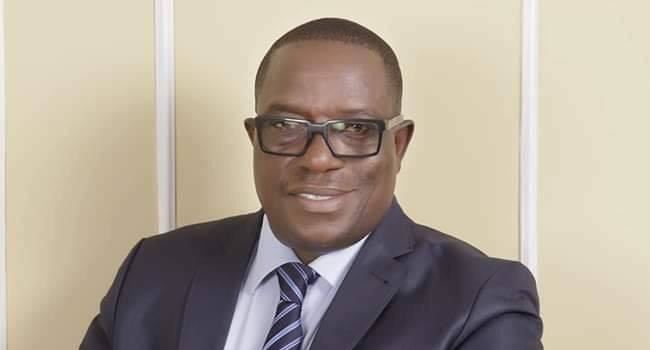 The National Working Committee (NWC) of the All Progressives Congress (APC) on Tuesday said its former member, Victor Giadom is not competent to call for a meeting of the National Executive Committee (NEC) of the party.

This was stated in Abuja on Tuesday by the party’s National Vice-Chairman (South south), Hillary Etta after a meeting of the NWC.

Etta, who was standing in for the acting National Chairman of the party, Senator Abiola Ajimobi, wondered why Giadom, who is no longer a member of the party could claim to be calling a NEC meeting.

Etta said: “I sit here on behalf of Distinguished Senator Abiola Ajimobi as the acting Chairman of this party. If Victor Giadom is arranging a NEC, I believe that it is your responsibility as a member of the fourth estate of the realm to investigate his locus to find out whether he has the legal and the constitutional backing to be able to call a NEC meeting.

Etta, who cited Article 25B(i and ii) of the APC Constitution (2014 as amended), which gives the conditions precedent to summoning a NEC meeting to back up his claim.

“Without prejudice to Article 25(B)(i) of this Constitution, the National Working Committee may summon an emergency National Executive Committee meeting at any time, provided that at least seven days’ notice of the meeting shall be given to all those entitled to attend”.

It would be recalled Giadom had on Tuesday issued a notice of NEC meeting for Thursday at 12pm.

Etta also frowned at any attempt to refer to Ajimodi-led NWC as a faction of the NWC. “It is not right to refer to 17 members, with 15 of them physically present and two who met with us virtually as a faction. This is the National Working Committee of the APC.

“When you call him (Giadom) factional acting Chairman, we wonder why,” Eta queried.