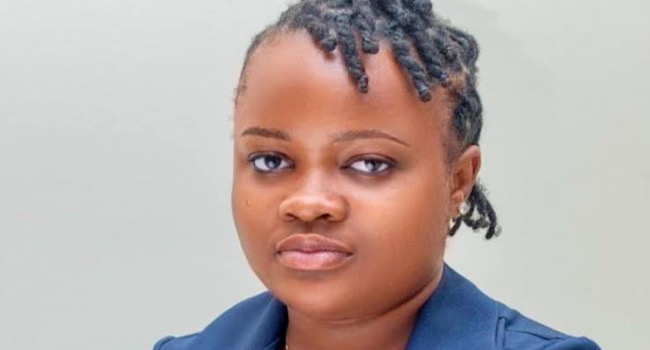 One of the youth representatives in the Lagos Judicial Panel of Inquiry and Restitution for Victims of SARS Related Abuses, Rinu Odiala has threatened legal action against the Central Bank of Nigeria (CMCBN) for freezing the accounts of some #EndSars promoters.

The youth rep whose account was among those frozen by CBN took to her Twitter page on Wednesday to reveal that she has informed her lawyers to take legal action against the apex bank.

In her post on Twitter, Oduala said that she was accused of laundering and terrorism but no investigations were done in the past three months.

READ ALSO: Segalink reveals why he voted against #EndSARS protesters at Judicial Panel

She wrote; “I was accused of money laundering & terrorism but no investigations were done in the past three months. This was purely an act of intimidation!

“I have informed my lawyers, Falana and Falana Chambers and we will be suing!”

A Federal High Court in Abuja presided over by Ahmed Mohammed ordered the apex bank to unfreeze the accounts of 20 #EndSARS promoters related to the demonstrations against police brutality and bad governance.