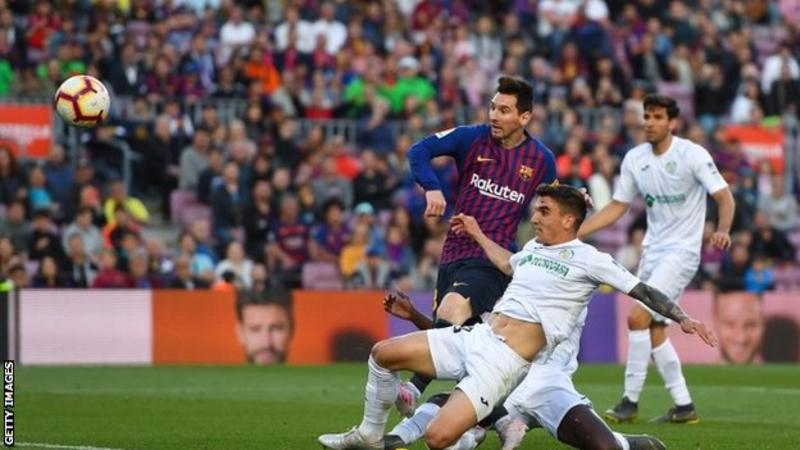 La Liga champions, Barcelona defeated Getafe, damaging the minnows hopes of finishing in top four as they dropped to fifth.

Coming from a midweek of Champions League defeat by Liverpool, Barca took the lead when Arturo Vidal put them ahead from close range.

Djene Dakonam scored an own goal under Lionel Messi pressure to give the hosts an easy 2-0 win.

Barcelona, who already won the league, will play Valencia in the Copa del Rey final on Saturday, May 25.

Brahim Diaz had given Madrid the lead with his first goal for the club but Mikel Merino levelled for the hosts.

Jesus Vallejo was then sent off for handball, with Willian Jose missing the resulting penalty. But the Basque side won thanks to goals from Joseba Zaldua and 17-year-old Ander Barrenetxea.

Madrid were well beaten with Mikel Oyarzabal and Adnan Januzaj hitting the post for Real Sociedad.