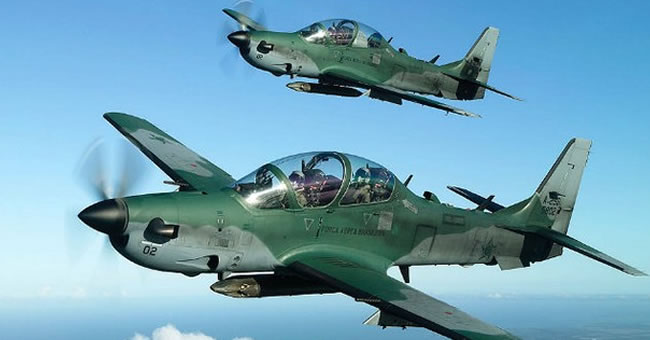 The hope of President Muhammadu Buhari’s government and the Nigerian Army to soon receive 12 A-29 Super Tucano aircraft already paid-for to battle the Boko Haram terrorists might have been dashed.

It has been revealed that the war planes which the Buhari administration made payment to the United States (U.S) government for, some months ago would not be delivered to Nigeria until 2024.

Reports say that the U.S Department of Defence only recently awarded a $329 million contract to the Sierra Nevada Corporation to manufacture the planes for the Nigerian Air Force (NAF).

According to a report by defence.co.za, the contract was announced on November 28, and is worth $329 million for the aircraft, although the total not-to-exceed amount is approved at $344.7 million.

Part of the contract is Forward Looking Infrared (FLIR) systems for six of the aircraft. These systems will be funded soon after the initial contract award, the website said.

Recall that Buhari’s government had in April paid $462 million for the aircraft and a host of other accessories and weapons to the chagrin of the National Assembly which had then kicked over the executive not seeking its approval for the deal.

The Department of Defence explained that work will be performed in Jacksonville, Florida, and is expected to be completed in May 2024.