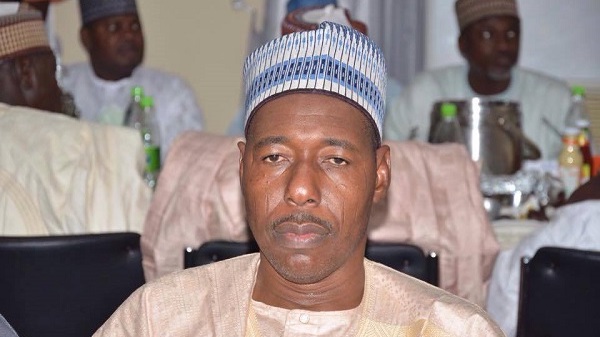 At last 30 travelers were killed by the marauders who attacked the stranded victims outside the military entrance city gate on that fateful day.

The governor, who visited the scene of the incident, expressed disappointment with the inability of the soldiers to protect harmless civilians in the town.

He said: “I am being pushed to the wall to say the truth.

“Since my inauguration as the governor of Borno State from May 29th to date, Auno town has been attacked for about six times now. And the reason is that the military has withdrawn from Auno town.

“We have made a repeated plea to the military to re-establish a base in Auno since it is one of the flashpoints of the Boko Haram, but nothing has been done to that effect.”

Despite a troop’s commander spirited attempt to defend the military on the matter, the governor stood his ground, saying “no soldier was on the ground at the time of the attack.”

He added: “Please we are not here to fight or argue; the fact is that nobody was here.

“There were no soldiers here; they have all withdrawn. We are not being confrontational or undermining the capacity of the Nigerian military, but the fact is that we have made several attempts for the Nigerian military to establish their unit in Auno but nothing was done.

“As soon as it is 5 o’clock and they closed up their gate, they abandon the people and move over to Maiduguri. You have to tell us if you are willing to establish your unit in Auno or not.

“If you are not willing to ask your soldiers to relocate and establish their unit in Auno so that the people here can return and live their normal lives, you can tell us, so that we can know what to do as a government.”

Bill on Amotekun will be signed by February 14 – Fayemi