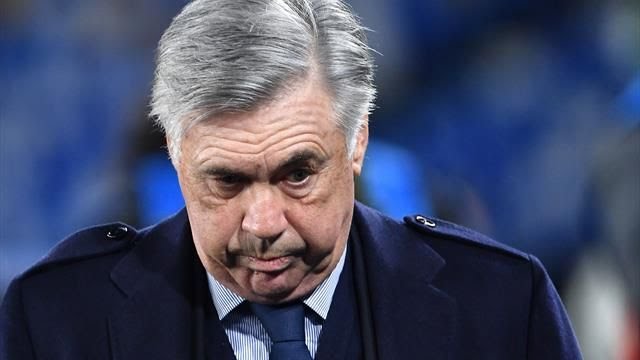 Serie A club, Napoli have parted ways with Carlo Ancelotti hours after he led the team to qualify for the knockout stages of the Champions League following a 4-0 victory over Genk.

Ancelotti, who led Napoli to second in the Italian Serie A last season, had had a difficult season as they have struggled, standing seventh on the table.

Napoli had not won in nine games in all competitions until Tuesday night’s victory at home to Genk.

Reports had it that in November, the manager and Napoli players were in a high-profile dispute with president Aurelio de Laurentiis.

De Laurentiis ordered the team to attend a week-long training camp but Ancelotti and his players all returned home.

Ancelotti, who once led Chelsea to the Premuer League title, won two Champions Leagues with AC Milan and one with Real Madrid, as well as domestic titles with Milan, Chelsea, Paris St-Germain and Bayern Munich.