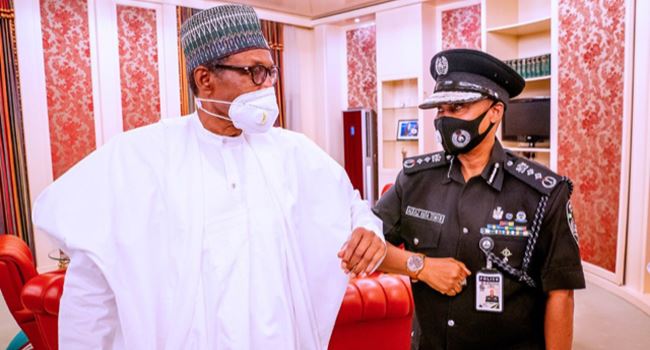 He was led to the presidential villa, Abuja on Monday by the Minister of Police Affairs, Maigari Dingyadi.

Speaking to State Correspondents after the meeting, he said that the minister brought him to be introduced to the President.

Baba’s appointment was announced while the president was away in the United Kingdom for medical check up.

He said he also used the opportunity to thank the president for giving him the opportunity to serve in acting capacity, pointing out that he would do his best to change the narrative as far as the issue of internal security is concerned.

He said: “As far as internal security is concerned in this country, I’m coming back for a full brief as to how I would go about it,” noting however that he realized the expectations of Nigerians from him.

The new IGP added: “I have taken over at this very crucial time and I am fully aware of the situation in the country, and introducing what I feel will mitigate these security challenges in the country. And I’ve started implementing them.

“And I’m ready to come on board with the president so that we can get all the support that is necessary to go about it.”

Baba further noted that even though he was trying to utilize what he has, he would be needing more logistic support, manpower and equipment to deal with the current level of insecurity in the country.

Related Topics:BuhariigpUsman Baba
Up Next