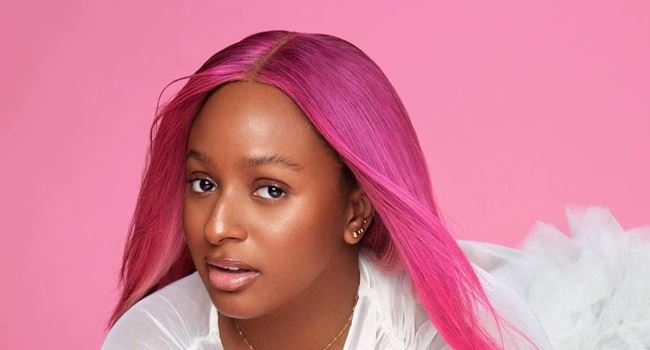 Former Ekiti State governor, Ayo Fayose has taken to the microblogging site, Twitter to share an interesting photo of a man who many refer to as OBJ, the short form of the name for former Nigerian President Olusegun Obasanjo.

The man shares a striking resemblance with the former president.

“In Lagos yesterday, I met this man.
He is popularly known as Obasanjo and I joined his admirers to call him OBJ of Lagos”

Actress Funke Akindele takes a swipe at her failed marriage

Nollywood actress, Funke Akindele has admonished her followers to take a major lesson from her failed marriage. According to the renowned thespian, it is essential to never rush into marriage.

She stated that she rushed into her first marriage due to societal pressure which is why she couldn’t stay in it. During an interview session with Chude Jideonwo, Akindele revealed that she regretted her earlier decision.

“I have never addressed this issue but I will do now to encourage ladies that are pressured to get married.

“Please calm down and take your time because if you rush in, you rush out.

“That is the lesson learn.

“I just wanted to get married then, have children because I was being pressurized by society, here and there and then it didn’t work out and ended in a bad way.”

According to the songstress and disc jockey, she is concerned if people will care about her career should she ‘drop dead’. Following reactions from concerned fans, Cuppy confirmed that she was alright and was only reflecting on her personal life and legacy.

Would people be sad?

Would critics wish they had been kinder?

Was it worth it? Any regrets?

What would Cuppy be known for

“What is my CURRENT legacy?”

As her followers expressed concern, asking why she’s talking about death, DJ Cuppy added: “I promise I’ll be alright. ”

BBNaija star, Tacha frightened by the idea of marriage

Big Brother Naija ‘Pepper Dem’ superstar Natacha Akide, popularly called Tacha has revealed that she has fears of uncertainty when it comes to the idea of marriage and starting a family.

According to Tacha, despite how beautiful marriage is said to be for some; not knowing what her fate would be in the long run gives her the reason to worry.

We take it a step at a time, the idea of Marriage is cringy to me, what happens in the long run frightens me.

When I eventually get married it will be for better or better! My fragile heart nobody should break it ooh.”

Members of the Nigerian movie industry, Nollywood, have donated the sum of N4 million to late actress Rachel Oniga’s family.

Veteran actors, Jide Kosoko, Kate Henshaw who represented the entire Nollywood at Rachel Oniga’s tribute, presented the cheque of N4 million to one of her children at the event.

“On behalf of the Nollywood, all the guilds, the organizers of the great event and other contributors, we are here to formally present a cheque of N4 million for the support of the late actress, Rachel Oniga’s children.”

Nigerian actress, Tonto Dikeh has urged men to quit requesting for her ‘heart’, instead, they should only send money to her.

She sent a stern warning to her admirers on the social media platform, Instagram on Friday, August 20. This is coming after her new partner, Prince Kpopogri was involved in a cheating scandal.

“All these men in my DM asking for my heart..

Did the love in your heart not do you to ask me for my account no?

We are talking money.

You are talking love.”

According to the comic content creator, people disrespect God when they cheat others, disrespect their fellow human beings and embezzle funds and then begin to quote the scriptures.

You will cheat others, disrespect people, embezzle public funds and you will still be quoting scriptures.