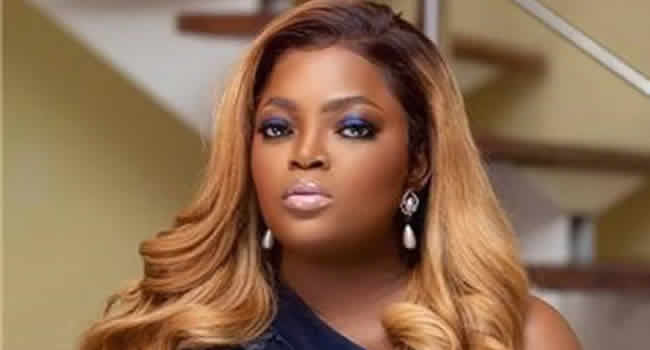 Nollywood actress, Funke Akindele, on Friday aimed a subtle dig at her doubters.

In a post on her Twitter handle, the thespian challenged those who have been under-rated by people to keep working hard, embrace constructive criticism, and use such to their advantage.

She opined that attaining success in life should be the primary aim of everyone.

Akindele insisted that people who doubted her acting career several years ago are now regretting their unbelief.

She wrote: “Don’t look down on anyone!!

“They will surely be the next big thing!!

“Those who looked down on me back then will surely be like had I know. Don’t stop supporting people even when some are ungrateful.

“Just know how and when to draw the line. We are all on earth for a purpose!

“To those being looked down on, keep doing your thing! Keep working like no one is watching!

“One day you will get a BIG YES that will take you to the next big level. Never give up.

“Ignore Naysayers! Believe in your dreams and go for them.

Embrace constructive criticism and use it to your advantage.”

AKindele is one of the most influential actresses in the Nigerian movie industry today with several productions under her belt.

Related Topics:Funke Akindele
Up Next