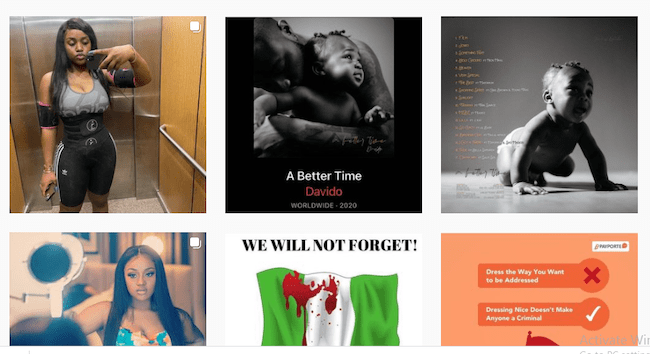 Chioma Rowland, the estranged fiancee of Nigerian singer, David Adeleke aka Davido, has removed several pictures of the Afrobeats musician from her Instagram page.

Chioma took down Davido’s pictures from her Instagram page following reports of the singer’s romance with an American model, Mya Yafai.

READ ALSO: Davido, Chioma unfollow each other on IG as new scandal erupts

A search conducted by Ripples Nigeria on Chioma’s Instagram page on Friday revealed that the chef has decided to move away from the singer.