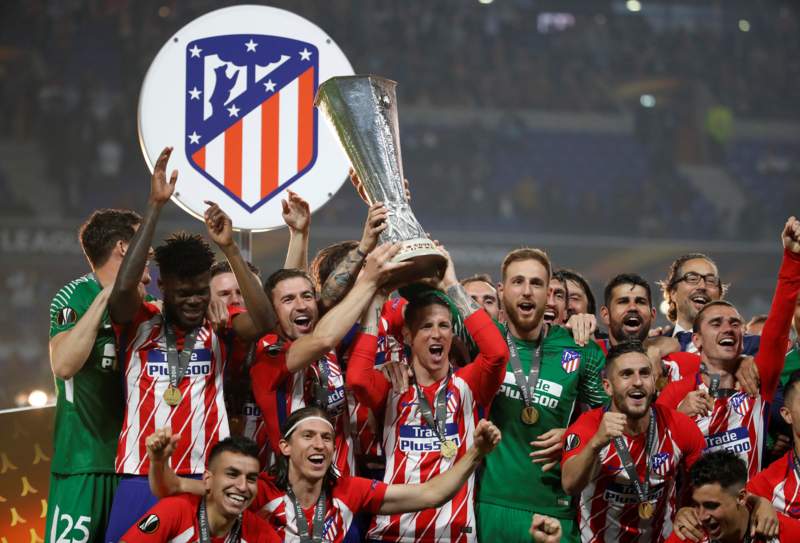 Atletico Madrid have emerged winners of the 2017-18 Europa League after sweeping Marseille aside in Lyon to win the title for the third time in nine years.

The forward scored again just after the break to put the La Liga side 2-0 up, before captain Gabi drilled in the third goal late on to seal the victory for the La Liga side.

The Ligue 1 side’s captain Dimitri Payet, an injury doubt before the game, lasted just half an hour before hobbling off in tears.

The French side were only able to cause Atletico just one major scare as striker Kostas Mitroglou headed against the post.

Atletico are second in the Spanish top flight with one match remaining.

They are on course for a top-three finish for the sixth straight season and have appeared in two Champions League finals in that period, losing on both occasions to city rivals Real.