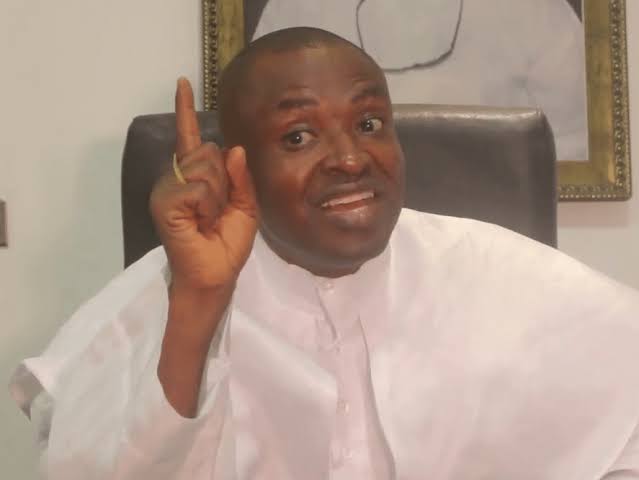 There are multiple speculations that the owner of the high rise 21-storey building that collapsed in the Ikoyi area of Lagos State, Femi Osibona, may have died in the mishap.

According to close sources, Osibona, the MD/CEO of Fourscore Homes, the company that was in charge of developing the high rise on Gerard Road, Ikoyi, was said to be holding a meeting with some potential clients on the eighth floor of the building at the time it came down.

The speculation of Osibona’s death was further fueled when the body of his personal assistant who was in the meeting as well was reportedly discovered from the rubble.

A popular Nigerian journalist, Kemi Olunloyo, also added verve to the death rumour when on Wednesday, she posted on her Facebook page what she claimed to be an authentic account of what happened.

“A source at the #IkoyiBuildingCollapse just notified me that the body of Fourscore Homes MD/CEO Femi Osibona has been recovered & positively identified.

“He was reportedly on his way to the 8th floor to show Wale Bob-Oseni something and had finished his meeting.

“Femi called Wale to the site earlier and Bob-Oseni stopped by on his way to catch a US flight.

“Femi was pulled out of the rubble with a steel beam pierced through his neck. He probably bled to death. Wale is still missing. Truly tragic.”
#ikoyibuildingcollapse

However, a call to a family member of the Osibonas in Ojota axis of the state tells a different story as the family is tight-lipped over the speculation that their brother is dead.

The family member who did not want his name mentioned told Ripples Nigeria:

“Who told you Femi is dead? Our brother is not dead. Though I will not tell you where he is at the moment, I can tell you he is not dead.

“Those who wish him dead are the ones who will die. They are just jealous of his success and have been doing everything to bring him down. They have succeeded but this will not be the end of his life. He will bounce back stronger,” he said.