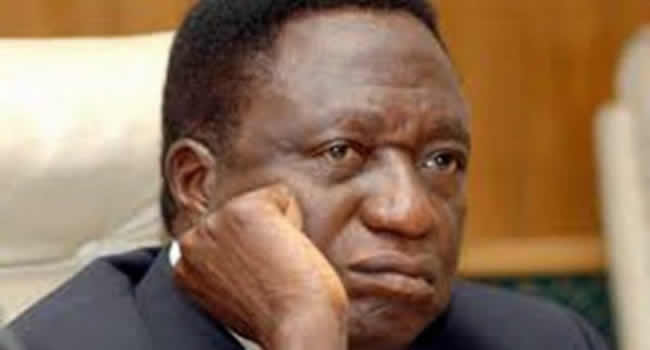 The Independent Corrupt Practices and Other Related Offences Commission (ICPC), has been advised to ensure the expedition of the prosecution of Prof. Dibu Ojerinde, former Registrar, Joint Admissions and Matriculation Board (JAMB).

This call was made on Thursday by Justice Obiora Egwuatu of the Federal High Court, Abuja.

Egwuatu gave this charge in the wake of the inability of the ICPC to produce Ojerinde in court 40 minutes after the case was called.

Ripples Nigeria had reported that Ojerinde, who is being prosecuted by the Independent Corrupt Practices and Other Related Offences Commission (ICPC), is the sole defendant in the suit marked: FHC/ABJ/CR/97/21.

Also, the court had, on July 6, rejected the defendant’s bail plea after taking his plea on the 18-count charge preferred against him by the anti-corruption commission bordering on abuse of office and fraud to the tune of N5 billion.

The rejection followed the argument of counsel to the prosecution, Ebenezer Shogunle, that his application for a “temporary bail” was unknown to the law.

The court then ordered the former JAMB registrar to be remanded in a correctional centre and the ICPC took him to the Suleja Prison.

But when the matter was called, Shogunle apologised to the court that the officers of the Suleja Correctional Centre were yet to bring the defendant down to the court due to the distance and the traffic congestion along the road.

He prayed the court to stand down the matter for about 30 minutes or an hour.

Justice Egwuatu asked if Ojerinde had been produced in the courtroom but Shogunle gave a negative answer.

The judge, who was unhappy over the development, said: “I don’t take this. Maybe if you are not ready to prosecute the matter you should let us know. Court sits by 9 am. Let this be the last time you will be doing this.”