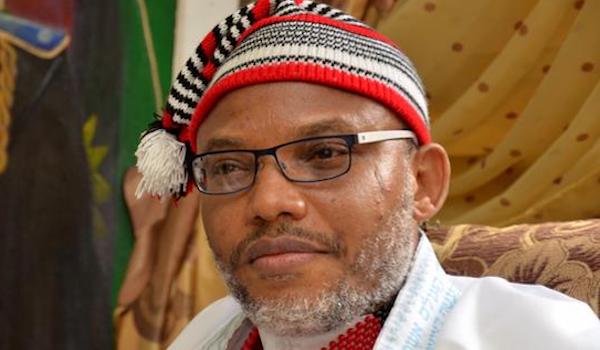 The Federal High Court, Abuja, has fixed November 26 for the commencement of the trial of the leader of the Indigenous People of Biafra (IPOB), Nnamdi Kanu.

The Federal Government has lined up five prosecution witnesses to testify against Kanu who fled the country in 2017.

Copies of the hearing notice were served on the prosecution team in the office of the Attorney-General of the Federation and Kanu’s lawyer, Ifeanyi Ejiofor on Wednesday.

The IPOB leader was arraigned by the Department of State Services (DSS) in November 2015 on charges of treasonable felony, criminal conspiracy, intimidation and membership of an illegal organization.

He was granted bail by Justice Binta Nyako on health reasons on April 25, 2017.

However, the judge on March 28, 2019, revoked the bail granted Kanu and ordered his arrest.

She directed that his trial on charges of a treasonable felony would proceed in his absence.

But the court had not had any sitting on the case since then.