COVID-19: Trump returns to White House, tells Americans not to be scared of the virus | Ripples Nigeria 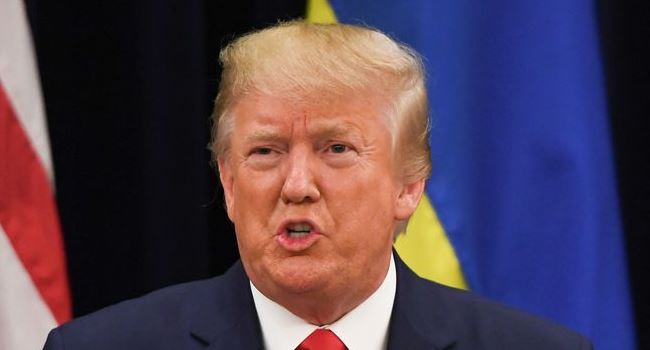 President of the United States of America, Donald Trump has returned to White House from hospital and immediately charged Americans “to get out there” and not fear the COVID-19 virus.

Trump who spent three nights in a military hospital where he received experimental treatments to tackle a disease took off his mask to pose for pictures and salute from the balcony of the White House.

The President of the United States of America, who still has the virus later tweeted a video capturing his return to Washington, DC, on Monday, and a message to his teeming supporters.

Trump said he felt “real good” about his return to the White House, where a cluster of cases have emerged since he, his wife Melania and close adviser Hope Hicks were diagnosed last week. Press Secretary Kayleigh McEnany, along with two assistants and three White House journalists are the latest to test positive.

In a related development, one of President Donald Trump’s personal assistants has reportedly contracted the Covid-19.

Also, Campaign spokesman Tim Murtaugh has confirmed the news, which was first reported by Politico magazine that Trump’s campaign manager, Bill Stepien, has tested positive for the Covid-19.