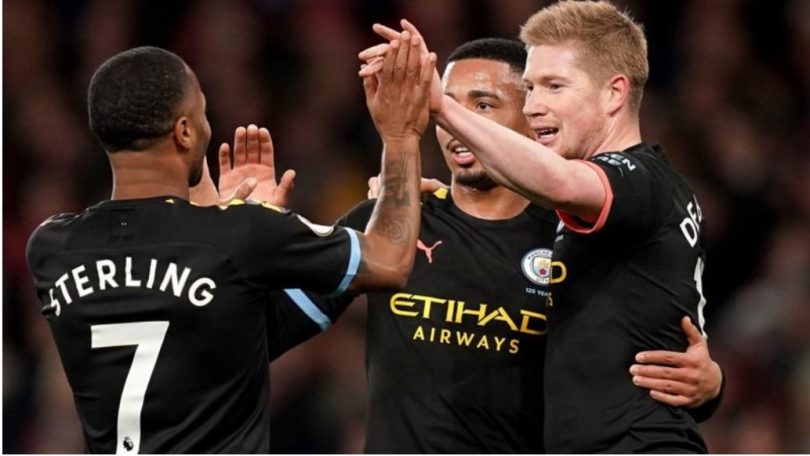 The Belgian midfielder netted twice, with a Raheem Sterling goal in between to put City in commanding leading before halftime.

De Bruyne’s first goal came in only the second minute of the game when he rounded off a sweeping eight-player move.

He went on to set up Sterling for City’s second in the 15th minute, before making it 3-0 on 40 minutes by curling in from outside the area with his left foot.

The goals were the fifth and sixth Premier League goals for De Bruyne so far this season.

The Pep Guardiola side remain in third place, 14 points behind leaders Liverpool, while Arsenal stay ninth in the table.