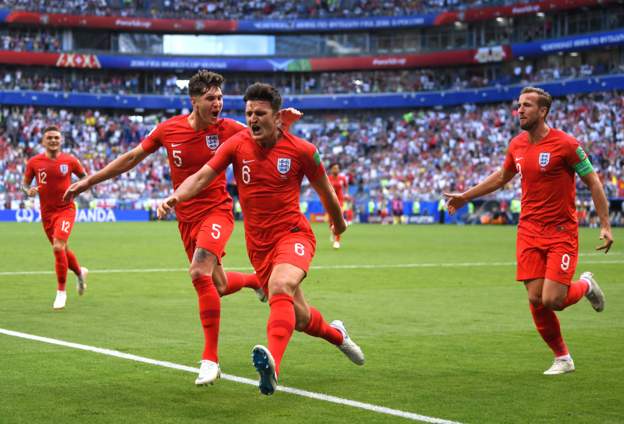 Alli, 22, became the second youngest player to score a World Cup goal for England, behind only Michael Owen (18y 190d v Romania in 1998).

The win at the Samara Stadium in Russia sees the Three Lion to the semifinals of the competition.

Harry Maguire had put England ahead in the half-hour mark to set the Three Lions on their way to the last four, before Alli doubled the lead in the 58th minute.

England are making their third World Cup semi-final appearance, and will take on either hosts Russia or Croatia.

Russia and Croatia will battle it out later on Saturday.