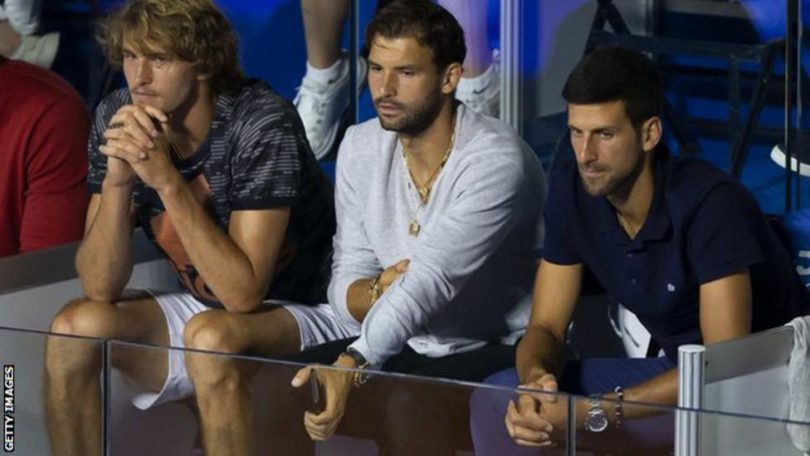 The Adria Tour is getting knocks from tennis stakeholders after Grigor Dimitrov and Borna Coric were confirmed positive for coronavirus after the event.

The series of events is hosted by world number one Novak Djokovic.

Professional tennis had been on suspension since March due to the coronavirus pandemic.

The tournaments were set up to help players get back to match fitness after several weeks without competition.

Dimitrov withdrew from the tournament in Zadar, Croatia, on Saturday with sickness after losing to Coric, who played again on Sunday.

“I tested positive back in Monaco for Covid-19. I want to make sure anyone who has been in contact with me during these past days gets tested and takes the necessary precautions,” Dimitrov wrote on social media.

On Monday, Coric revealed he had also tested positive, saying: “I’m feeling well and don’t have any symptoms. Please stay safe and healthy!”

The Zadar tournament was the second Adria Tour event after the opening round in Belgrade, Serbia. Sunday’s final was canceled after Dimitrov test.

The first event in Serbia attracted 4,000 fans, and several thousand attended in Croatia.

Meanwhile, amid the pandemic, the US Open will be held without fans from 31 August to 13 September, despite some players voicing concerns about travelling to New York.