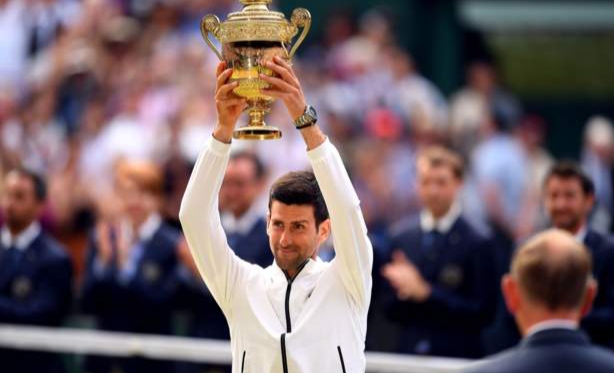 Novak Djokovic has emerged the 2019 Wimbledon champion after beating Roger in the longest singles final in Wimbledon history.

37-year-old Federer was chasing a record-equalling ninth Wimbledon singles title and had been seeking to become the oldest Grand Slam champion of the Open era.

“It was a great match, it was long, it had everything. Novak, congratulations, man, that was crazy,” said Federer.

Djokovic now becomes the first man to win a Wimbledon singles final after being down match point since 1948 when Bob Falkenburg saved three match points and came back to defeat John Bromwich.