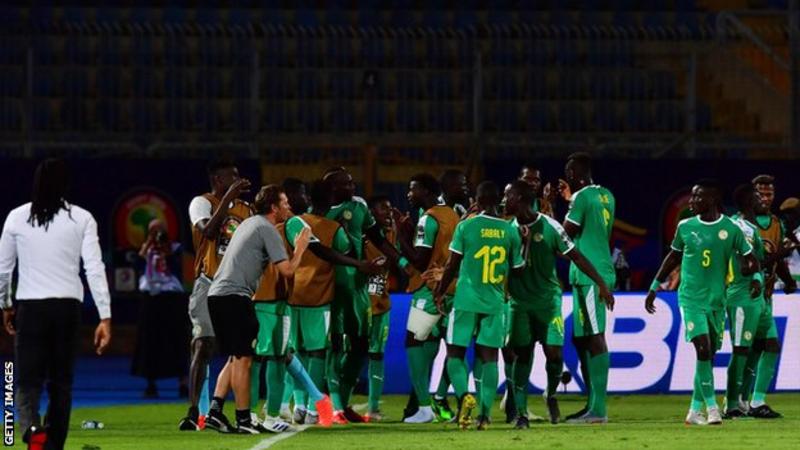 The Terenga Lions of Senegal have reached the final of the Africa Cup of Nations (AFCON) after defeating Tunisia in the semifinal in Cairo on Sunday.

The Lions are reaching the final of the competition for the second time, thanks to defender Dylan Bronn’s extra-time own goal that gave them victory.

Both sides had penalties saved in normal time before, and had played goalless for 100 minutes when the winner came.

With the victory, Senegal moved a step closer to their first Afcon title, as they will face either Algeria or Nigeria in the final.

Tunisia will face the losers of the other semifinal tie in the third place playoff.