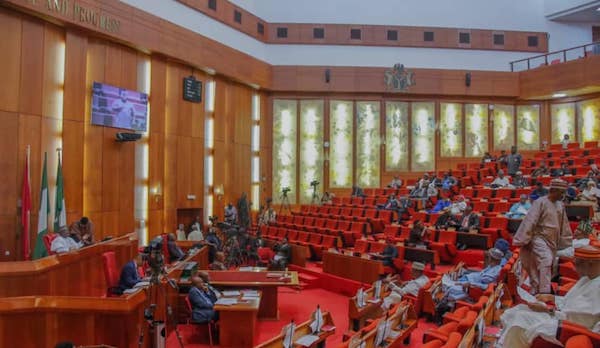 Social media/internet freedom is a basic human right. It is unalienable. In the pool of freedoms, it is as basic as the right to exist. Take away the power of thought and expression from a man, and you have a breathing cadaver.

On June 25, The Economic Community of West African States (ECOWAS) Community Court of Justice ruled that the September 2017 internet shutdown ordered by the Togolese government during protests was illegal and an affront to the applicants’ right to freedom of expression, this is according to Business and Human Rights Resource, which also reported that ‘’the court ordered the government of Togo to pay two million CAF to the plaintiffs as compensation, and to take all the necessary measures to guarantee the implementation of safeguards with respect to the right to freedom of expression of the Togolese people’’.

The 2009 UN resolution on freedom of opinion and expression accentuates the primacy of the internet on human rights. The resolution foregrounds ‘’the importance of all forms of the media, including the Internet, in the exercise, promotion and protection of the right to freedom of opinion and expression, calling on states to facilitate equal participation in, access to and use of ICTs, applying a gender perspective’’.

This right is what Nigeria’s lawmakers at the national assembly seek to arrest and banish.

On November 6, 2019, the senate introduced a bill seeking to regulate social media in the country. The proposed legislation entitled, ‘Protection from Internet Falsehood and Manipulations bill, 2019’ was sponsored by Mohammed Sani Musa, senator representing Niger east – a district in the thrall of bandits. The bill has passed first reading. .

According to the sponsor of the bill, Nigeria needs the legislation because it would protect its “fragile unity”.

It proposes a fine of N150,000 or three years imprisonment for any offender and accords the government the carte blanche to shut down the internet – like in some authoritarian regimes across Africa.

The bill prescribed death by hanging for any person found guilty of any form of hate speech that results in the death of another person.

It said a crime is committed when: “A person publishes, presents, produces, plays, provides, distributes and/or directs the performance of any material, written and/or visual, which is threatening, abusive or insulting or involves the use of threatening, abusive or insulting words or behaviour, commits an offence if such person intends thereby to stir up ethnic hatred, or having regard to all the circumstances, ethnic hatred is likely to be stirred up against any person or persons from such an ethnic group in Nigeria.’’

While the hate speech bill exists still at the senate – it has not been withdrawn and the courier has insisted it will not be pulled out – the anti-social media bill is currently at the committee stage of the legislative process.

Interrogating these bills, it is clear they are symptoms of the fear of a failing administration. Only a failing government will be afraid of citizens’ criticisms on social media or interpret civil actions as subversion. If the government was living up to expectations, it would not need to worry about social media.

The anti-social media bill, for instance, which the courier said is designed to protect Nigeria’s ‘’fragile unity’’ is the fallout of critical takes at the government on social platforms by citizens who have elected to be defiant owing to the vacancy of a viable opposition. The sponsor, Musa Sani, once cited the controversy over the hoaxed wedding of the president on social media as the inclination for his pursuit.

Also, the hate speech bill leaves many grey areas. How do you define hate speech? Hate speech is simply according to whoever defines it, and in this case – the government. The proposed legislation was conceived to be a slave whip to suppress dissent and to drown citizens’ voices against the rising insecurity of which the instigators are perceived to be from one section of the country.

Nigeria being what it is, there is no telling how things will turn out. We could all carry on, only waking up after a journalist; a critic or anyone at all is arrested based on these inchoate legislations.

The Centre for Liberty (CFL) has been on a passionate advocacy for the termination of these two bills through its Digital Freedom Advocacy (DFA), sponsored by Voice. It has embarked on citizens’ actions, mobilising voices and consciences against the gestating anti-people legislations. And the non-governmental organisation, supported by the Voice, has shown resolve of not relenting until these bills are decapitated and interred. Nigerians must, as well, lend their support and voices to this cause. It concerns us all.

Really, these bills are in the pursuit of fear, repression and autocracy. They have not been put to sleep yet at the senate. Nigerians must stay woke.