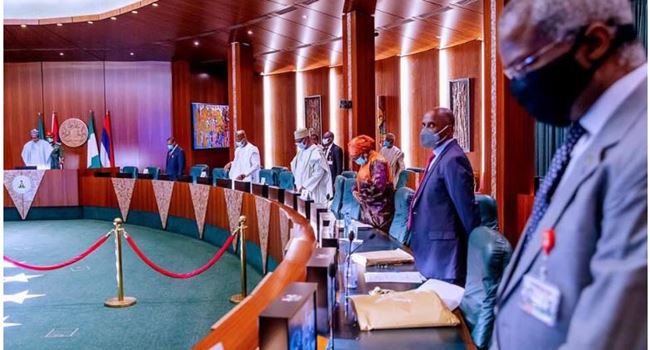 The purchase of a ‘carcass’ building for N7 billion by a former permanent secretary, Dr Mohammed Bello, for the ministry of Agriculture and Rural Development May have been brought to the attention of the Federal Executive Council (FEC), before payment, documents have shown.

The Federal Government in a leaked memo, recently queried Bello for allegedly purchasing a carcass building for N7.044 billion.

But Bello, in his response to the allegation, had claimed that FEC approved the transaction.

A report by Vanguard on Monday claimed that a letter dated April 9, 2019 showed that Bello was right in his claim.

The letter read, “Further to your letter Ref. No. AGR.1201/Vol.1/13 of 13th March, 2019, on the above subject, I am to inform you that the property has been inspected and valued. I am to convey the Honourable Minister’s approval of a Capital Value of (Seven Billion, two hundred million Naira) only, for the property. The approval is purely for valuation purposes only. However, this is to further inform you that you should seek and secure the approval of Mr. President before any planned acquisition.

“This approval is subject to the following conditions: that the Federal Ministry of Agriculture and Rural Development confirms the genuineness of the vendor’s title before conclusion of the purchase transactions; and that the development is not in contravention of any Town Planning Laws/Regulations.”

The report also stated that the Ministry of Agriculture, in its response, wrote the Federal Capital Development Authority (FCDA) seeking a status verification of the property, and that in a letter dated 24th April, 2019, FCDA through the Abuja Metropolitan Management Council (AMMC) verified the status of the property.

The letter was reportedly signed by the Director, Department of Development Control, Town Planner Muktar Galadima on behalf of the AMMC Coordinator.

According to Vangaurd, the letter which was addressed to the Minister of Agriculture and Rural Development, the AMMC wrote:

“The Department acknowledged the receipt of your letter dated 23rd April, 2019 requesting for building plan approval status of Plot No. 1062, Cadastral Zone AOO, Central Area District and to further inform you that, records in the department’s database indicate that, building plan approval was granted to M.G. Properties Ltd in December, 2014.”