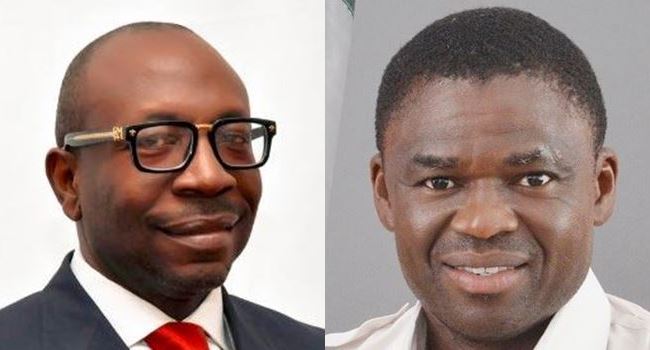 The Peoples Democratic Party (PDP) is said to have purchased weapons it intends to distribute to thugs ahead of the September 19 governorship election in Edo State.

The chairman of the Edo State chapter of the All Progressives Congress (APC), John Mayaki made the allegation when he spoke to newsmen in Benin on Tuesday.

He said that APC gathered from credible intelligence that “weapons had been bought and supplied and awaiting distribution to thugs tasked with disrupting the polls in APC strongholds.”

He claimed that the plot was hatched at a security meeting coordinated by the deputy governor of the state, Philip Shaibu and a former Speaker of the Edo State House of Assembly, Kabiru Adjoto.

Mayaki, therefore, called on security agencies to rise to the occasion and stop the alleged plot.

He said people should understand that already the former national chairman of the APC, Adams Oshiomhole, had made it clear that Osagie Ize-Iyamu, the APC candidate for the state governorship election “lies effortlessly”.

He added that Shaibu, who had also served as a member of Edo State House of Assembly for eight years, had never had any record of dealing in arms.