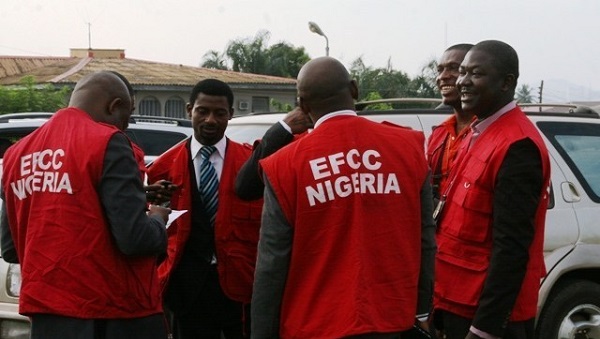 The Economic and Financial Crimes Commission (EFCC) said on Monday that at least eight suspected internet fraudsters were arrested at the weekend in Ibadan, Oyo State.

The commission said in a statement issued by its Head of Media and Publicity, Wilson Uwujaren, that the suspects, whose ages ranged between 17 and 30 years, were apprehended in various parts of the city.

The EFCC said the suspects’ arrest followed several reports received by its operatives on the group alleged involvement in internet-related crimes.

“Those found to have cases to answer among the suspects would be charged to court as soon as investigations were concluded.”

Related Topics:EFCCsuspected cyber fraudsters
Up Next