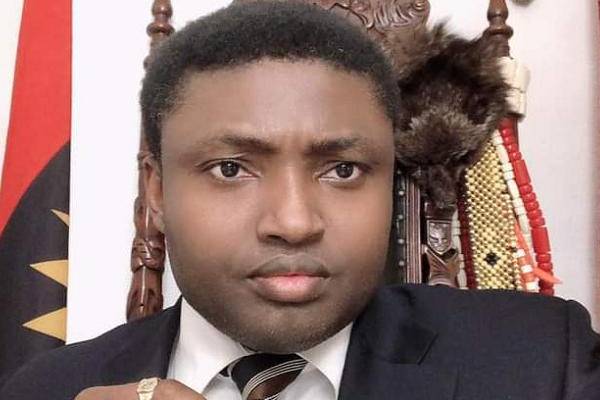 Simon Ekpa, the self-confessed disciple of leader of the proscribed group, Indigenous People of Biafra (IPOB), Nnamdi Kanu, has threatened another lockdown in the southeast to protest the continued detention of IPOB leaders.

Several individuals as well as groups had appealed to President Muhammadu Buhari to consider the release of Kanu.

Former Abia State Governor, Orji Kalu, and Governor Chukwuma Soludo of Anambra State, had particularly requested to be Kanu’s sureties if released by the Nigerian government.

Ekpa, who reacted to the continued detention of Kanu via his Twitter handle on Monday, lamented the deteriorating health of the IPOB leader.

The Finland-based Nigerian issued an ultimatum to the Nigerian government to release Kanu between now and 22nd of this month, threatening a new sit-at-home order.

He wrote: “Based on Mazi Nnamdi Kanu’s current health condition, the Court of Appeal judgment discharging him, Umuahia court judgement and Gov Soludo’s recent call for his release, we are giving the FGN between now and 22nd of January 2023 to release Mazi Nnamdi Kanu.

“Failure to do that, the entire land of Biafra will be locked down on 23rd and 24th of January 2023 in protest.”

Kanu had been detained by the Nigerian government despite a court judgement ordering his release.

The Attorney General of the Federation, Abubakar Malami, had said the order was not tantamount to the immediate release of the IPOB leader, citing rule of law and other factors.

Related Topics:ipobSimon Ekpa
Up Next