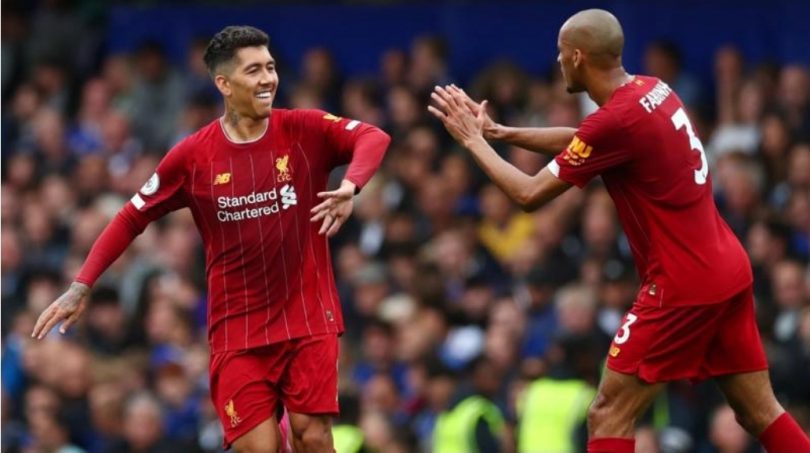 Gabon striker, Pierre-Emerick Aubameyang scored the winner for Arsenal in their 3-2 victory over Aston Villa in the Premier League on Sunday.

The Gunners suffered an early setback when John McGinn gave Villa the lead in the 20th minute before things got even worse with Ainsley Maitland-Niles receiving his marching orders for a second bookable offence.

Nicolas Pepe scored his first goal for Arsenal in the 59th minute, but Villa regained the lead 89 seconds later through Wesley and looked on course for a famous victory.

But their resistance was finally broken in the final 10 minutes as goals from substitute Calum Chambers in the 81st minute and Aubameyang three minutes later secured Unai Emery’s side a vital three points to move them up to fourth in the table.

Trent Alexander-Arnold and Roberto Firmino netted either side of a disallowed Cesar Azpilicueta goal to hand the league leaders a two-goal advantage at the break.

Chelsea halved the deficit late in the game as N’Golo Kante’s sublime individual effort ended up as a consolation for the hosts.