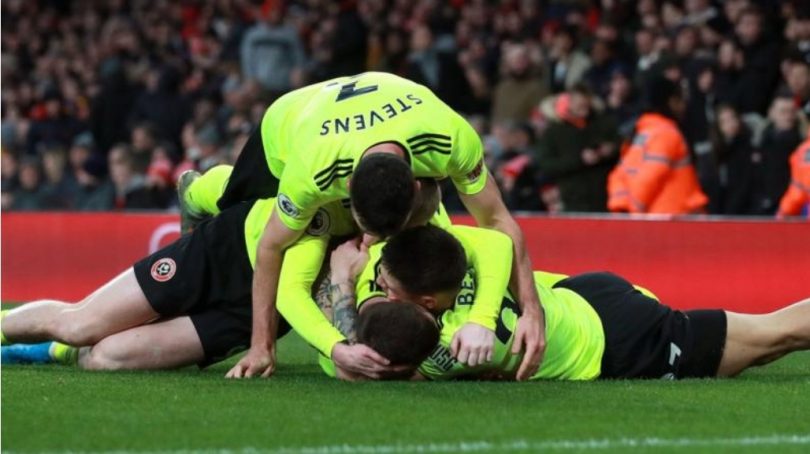 Champions Manchester City were held to a 2-2 draw by Crystal Palace in a thrilling Premier League encounter at the Etihad Stadium on Saturday.

City, who came from a goal down to lead following two late goals by Sergio Aguero, conceded a final-minute own goal to miss taking all three points from the game.

Cenk Tosun opened the scoring to put Palace ahead at halftime, while Fernandinho scored in his own net to give Palace a point.

The draw is a further blow to the Pep Guardiola side’s pursuit of a third straight Premier League title as they trail leaders Liverpool, who have two games in hand, with 13 points.

At the Emirates Stadium, Arsenal also suffered a draw as visiting Sheffield United held their hosts to a 1-1 scoreline.

The Gunners got ahead through 18-year-old Gabriel Martinelli’s first-half goal before an outstanding Sheffield equalised late in the game through John Fleck.

In the other Premier League clashes played concurrently, Brighton were held to a 1-1 draw by Aston Villa; West Ham also played 1-1 with Everton; Wolverhampton Wanderers came from behind to beat Southampton 3-2, while Norwich City defeated Bournemouth 1-0.

Earlier in the day, Tottenham Hotspur played a goalless draw with Watford.