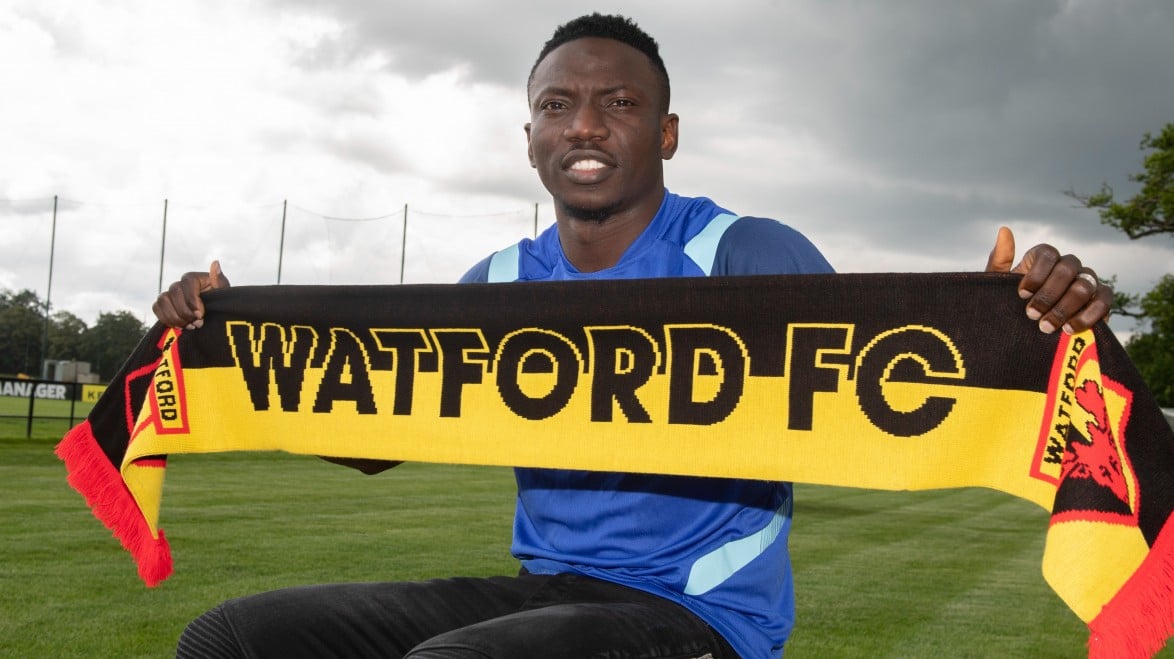 The move was confirmed by the Hornets in a statement released on their official website on Friday.

“Watford FC is pleased to confirm the signing of Peter Etebo on a season-long loan from Stoke City, with an option to buy,” the statement read.

“The box-to-box midfielder, 25, is capped 38 times by Nigeria’s senior team, having previously turned out 19 times for the Under-23s.

“Since joining the Potters in June 2018, Etebo has also spent time on loan at Getafe and Galatasaray, appearing in the Europa League for the latter.

“Etebo began his career in his home country with Warri Wolves before switching to Portuguese outfit Feirense in 2016.

“With Feirense he earned an immediate promotion to the Primeira Liga, then helping the team establish themselves in the top flight.

Etebo will be playing for Watford alongside his compatriots William Troost-Ekong, Isaac Success, Tom Dele-Bashiru and Emmanuel Dennis.