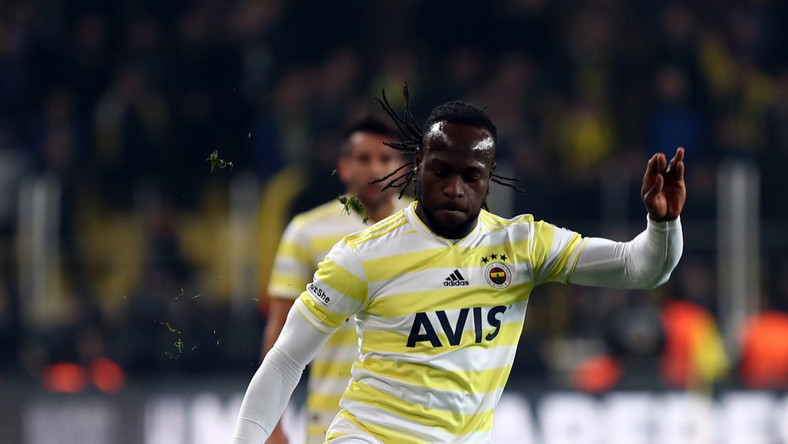 Victor Moses was in action for Fenerbahce as they crashed out of the Europa League after a 3-2 aggregate defeat to Zenit St Petersburg.

The Nigerian winger, who moved to the Turkish club on loan last month, was on the pitch throughout the encounter on Thursday night.

Fenerbahce started the game with a 1-0 advantage from the first leg played in Turkey last week, but lost 3-1 away to the Russian side.

Sardar Azmoun got a brace for Zenit, with Magomed Ozdoev also on target for the hosts, while Mehmet Topal scored for Fenerbahce.

At the Emirates Stadium in England, Super Eagles forward, Alex Iwobi starred for Arsenal who advanced successfully to the round of 16.

The Gunners overcame a 1-0 deficit from the first leg at Bate Borisov to seal a 3-0 victory at home, winning the tie 3-1 on aggregate.

Read Also: Uzoho has ‘complex feelings’ about his one-game suspension in Cyprus

Zakhar Volkov conceded an own goal in the fourth minute with Skhodran Mustafi and Sokratis Papastathopoulos getting the other goals for Arsenal.

At Stamford Bridge, Chelsea completed the work they began at Malmo FF with a 3-0 thrashing of the Swedish club, who ended the game with 10 men.

Olivier Giroud, Ross Barkley and Callum Hudson-Odoi were the goalscorers for Chelsea, with all the goals coming during the second half.

Elsewhere, Nigeria forward, Stephen Odey failed to rescue Swiss side, FC Zurich who crashed out of the competition following a 2-0 loss to Napoli.

Zurich were edged out 5-1 on aggregate having lost the first leg at home 2-1.

Odey started the game and was replaced by Lavdim Zumberi on the hour mark.

Samuel Chukwueze was absent for Villarreal, who secured their passage to the next round following a 2-1 aggregate win against Sporting Lisbon after they were held to a 1-1 draw in the game.

Related Topics:Alex IwobiarsenalChelseaFenerbahceVictor Moses
Up Next

Uzoho has ‘complex feelings’ about his one-game suspension in Cyprus