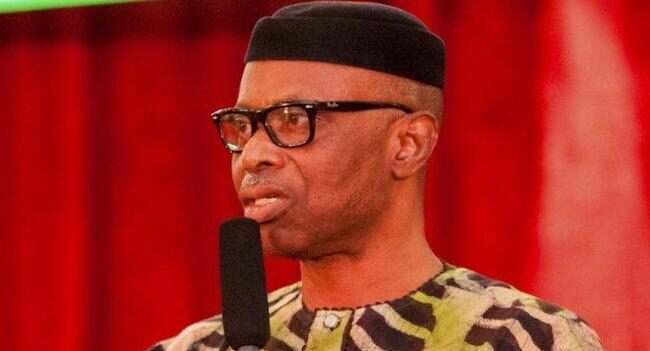 In the aftermath of the commissioning of the Dangote Fertiliser Plant in Lagos State, a former Governor of Ondo State, Dr Olusegun Mimiko, has refuted claims about financial gratifications being the reason the initial Free Trade Zone which houses the $16 billion Dangote Refinery was relocated from Ondo State.

Mimiko said this in a statement on Thursday signed by his Special Assistant on Media and Digital Communications, Mr. John Paul Akinduro made available to newsmen in Akure, the state capital.

According to him, the relocation of the refinery was not because he demanded personal gratification from the business mogul, Alhaji Aliko Dangote.

The original master plan of the project was birthed at Olokola Free Trade Zone in Ondo State with all agreement and implementation strategies in place before the sudden relocation to Lagos state.

Mimiko clarified that reports of the solicitation of financial inducements were falsehood which is being repeated by stakeholders who should know better.

The statement reads “reports of the oft-repeated falsehood about Aliko Dangote opting out of the Olokola FTZ for his refinery project, owing to an alleged demand for personal benefit by Dr Olusegun Mimiko has been brought to our notice.

“We state that this lie is totally reprehensible. That otherwise informed people are repeating the utter falsehood is sad.

“We state for the umpteenth time that Mimiko did not make any personal demand, cash or kind, or receive any personal gratification that led to the location of the factory in Lagos instead of Olokola.

“Again, this allegation is a blatant lie and we hope that Alhaji Aliko Dangote will, one day, volunteer facts on why he chose Lagos over Olokola.”

The project was also relocated from Ogun State after a breakdown in talks between the immediate past administration and Dangote.

Dapo Abiodun, the current Ogun State Governor had said, “I worked as chairman of Olokola Free Trade Zone that was meant to have the Dangote refinery cited in Ogun Waterside, however, discussion broke down between Dangote and the then administration which led to the loss of that project to Lagos State; a $16 billion refinery was lost to another state.

“That project was conceived with the aim of not just refining petroleum in Ogun, but also take advantage of the mining lease that had been awarded around that corridor that has even not begun to be exploited.”