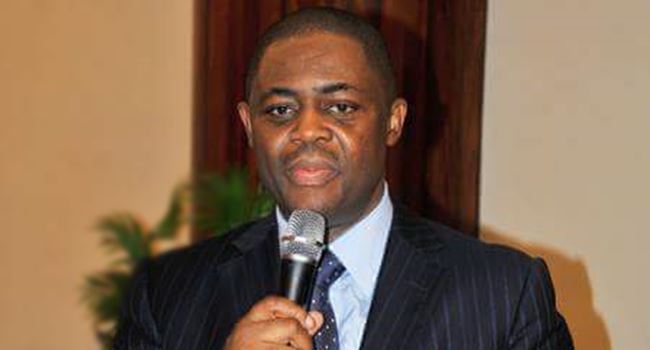 Claim: Former Aviation minister, Femi Fani-Kayode shared a post that over 50 innocent souls were butchered and cut into pieces by Fulani in Igangan, Oyo State.

The morning of June 6 witnessed sadness in the Igangan community in Oyo State as some assailants attacked the town and killed people. Thereafter, the social media space was bombarded with many images and videos to express the grief. Ripples Nigeria did confirmed that some of the videos in circulation were genuine.

However, Femi Fani-Kayode, a former minister for Aviation took to his Instagram and posted a picture of a man carrying a burnt child with the caption: “over 50 innocent souls butchered and cut into pieces in their homes by Fulani terrorist in Igangan, Oyo state and the palace of the traditional ruler burnt to the ground…”

The post which came with the headline; “Cameroon: A child burnt alive in Batibo, the armed conflict hit the Northwest region”, was published February 11, 2021.

Using the headline for further search, a post was found on Cameroonian Intelligence Report also published February 11, 2021 with a 17 seconds video embedded into it.

Also, the Oyo State police command spokesperson, Adewale Osifeso confirmed that 11 people were killed and not 50 people as claimed by Femi Fani-Kayode.

Conclusion: The picture is not related to Nigeria nor to Igangan, Oyo State. Also, 50 people were not butchered but 11 people were confirmed dead.

FACT CHECK… Is the viral video of massive welcome for Buhari in Maiduguri true or false?

FACT CHECK… Did Buhari lift 10.5 million Nigerians out of poverty in two years?