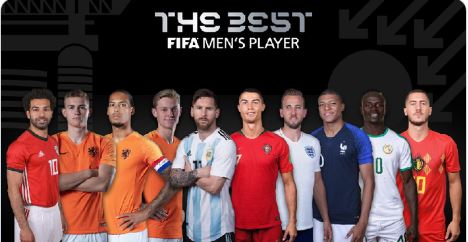 World football governing body, FIFA has confirmed the postponement of its annual The Best awards due to the COVID-19 pandemic ravaging the world.

The ceremony, which celebrates football’s most prolific players for the year and earlier scheduled to be held in Milan on September 21, has been postponed with no new date.

It is unclear if or when the ceremony will be rearranged.

The duo also took the honours at the 2019 Ballon d’Or.

Meanwhile, FIFA says it will announce the host of the 2023 women’s World Cup on June 25 this year, during its council meeting which will be conducted online.

The football body made the announced in a statement released on their official website on Friday.

All eligible bids will be presented to the FIFA Council in order for it to select the host(s) within the scope of an open voting process, in which the result of each ballot and the related votes by the members of the FIFA Council will be made public on FIFA.com.