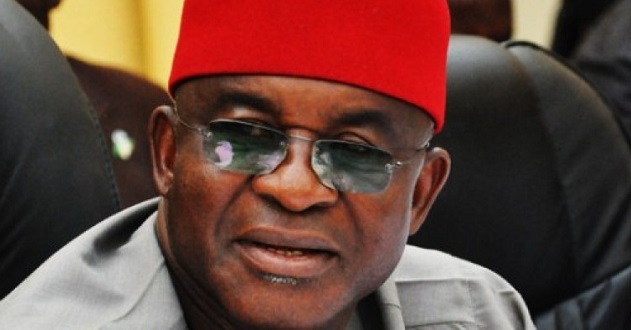 In efforts to resolve the crisis and in-fighting threatening to divide the party, a former Senate President David Mark and 27 other elders have decided to intervene in the matter.

Ripples Nigeria had reported that seven members of the National Executive Committee (NEC) of the PDP resigned after calling for the removal of National President, Uche Secondus.

The aggrieved PDP executives had variously complained about the inept leadership of Secondus, asking him to immediately relinquish his position as the party’s national chairman.

In a bid to resolve the matter, the elders agreed with PDP Governors, the Board of Trustees, and the National Working Committee (NWC) to find lasting solutions to the fundamental matters arising.

But they have appealed to all party organs, officers, and members to remain calm.

The 28 elders made the plea in a statement which they jointly signed in Abuja on Thursday.

READ ALSO: ORTOM: Citizens may be forced to ‘resort to self help’ — David Mark

The statement said: “In view of recent developments at the National Secretariat of our great party, we have resolved to issue this press statement urging all party organs, party officers and party members to remain calm, faithful and orderly, as we proceed with urgent consultations and initiatives to resolve the contending issues.

“We wish to firmly reassure aggrieved stakeholders that we intend to be thorough, objective, creative, and balanced in our efforts to find lasting solutions to the fundamental matters arising.

”Towards this end, we have initiated moves to urgently meet with our Governors, the Board of Trustees, the National Working Committee, and other critical stakeholders. Since we all share the legitimate desires of our loyal members to offer a credible, effective and productive alternative, we have no doubt that we shall soon find positive, appropriate, pragmatic, and lasting solutions to the problems facing the party.

“We shall emerge from this crisis stronger, better, and more united. This is only a temporary challenge.”

Nigeria to spend N81.3bn on vaccines in 2021 supplementary budget