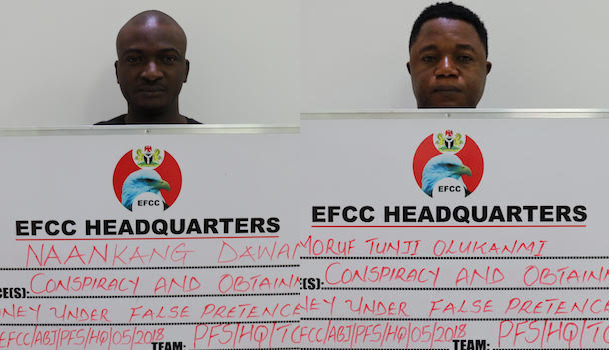 Dawan was arraigned on a 31-count charge of conspiracy, money laundering and obtaining N908.1 million under false pretence alongside a staff of First Bank Plc, Moruf Tunji Olukanmi.

In a statement issued by its Head of Media and Publicity, Wilson Uwujaren, EFCC said Dawan, who allegedly inherited some companies including a petrol station from his family, connived with Olukanmi and other staff of First Bank to defraud costumers using a Point of Sale (POS) terminal allocated to him.

However, the defendants pleaded not guilty to all the charges.

Following their pleas, the prosecution counsel, Benjamin Manji, asked the court to pick a trial date and remand the suspects at the correctional centre pending trial.

But defence counsel, A.G Yirvoms, informed the court of a pending application for his clients’ bail.

Justice D.V. Agishi adjourned the case till July 26 for consideration of the bail application and October 6 for trial.