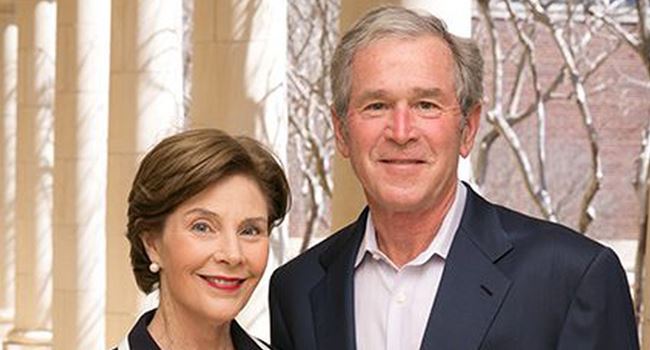 Former President George W Bush said in a statement on Wednesday that he and wife Laura Bush “are anguished by the brutal suffocation of George Floyd and disturbed by the injustice and fear that suffocate our country.”

Bush did not specifically mention President Donald Trump, but he called the harassment and threats toward African American protesters “a shocking failure”.

“It is strength when protesters, protected by responsible law enforcement, march for a better future… Those who set out to silence those voices do not understand the meaning of America – or how it becomes a better place,” he said.

Meanwhile, over nine thousand protesters have been arrested and detained during wild demonstrations over the death of an unarmed Black man who died last week in police custody in Minneapolis, Minnesota.

Reports say several hundred people broke away from a massive peaceful protest in Portland, Oregon, late Tuesday and engaged in a confrontation with police officers guarding a public building.

Police Chief Jami Resch said in a video message posted on Twitter that members of the smaller group tried to tear down fencing set up to protect a facility that holds the police headquarters and a county jail and threw bottles, bats and mortars at officers.