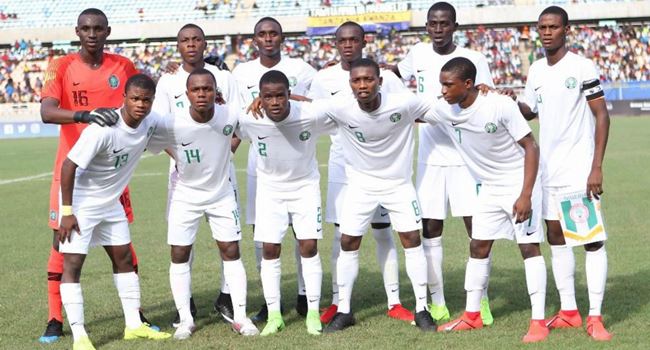 The Golden Eaglets of Nigeria will on Wednesday square up against their Guinean counterparts in the first semi-finals of the ongoing U-17 African Cup of Nations which is being held in Tanzania.

The Guinean team which finished in second position in Group B following a hard-fought 1-0 win against Morocco on Sunday, will battle the Golden Eaglets which finished top of Group A after holding Uganda to a 1-1 draw in the final game of the group.

Scores of fans will be rooting for both teams at the National Stadium, Dar es Salaam in two days time, with a ticket for the finals of the U-17 tournament up for grabs.

In the second semi-final match, the Cameroonian team which emerged Group B winners with seven points after they were held to a 0-0 draw by Senegal also on Sunday, will take on runners up of Group A, Angola, also on Wednesday.

All four teams that qualified for the semi-finals of the soccer tournament (Nigeria, Cameroon, Guinea & Angola) have secured automatic qualification for the U-17 World Cup set to be staged in Brazil later in the year.