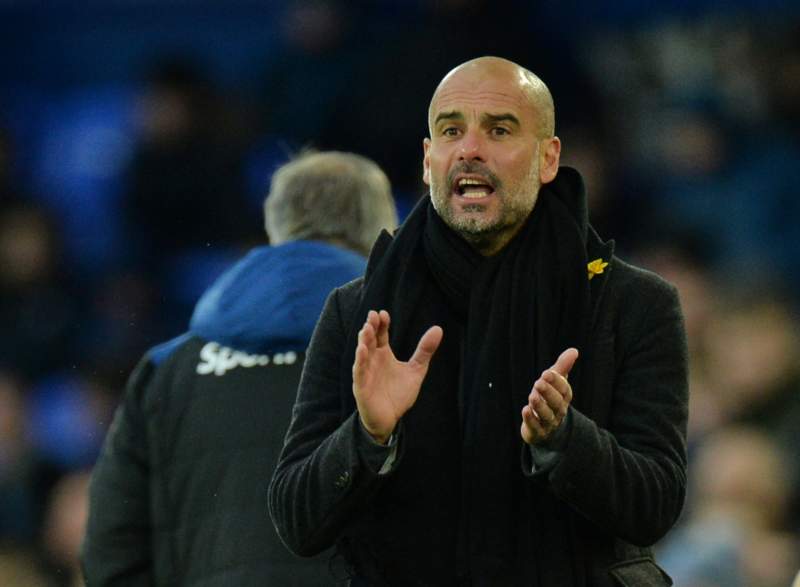 Manchester City boss, Pep Guardiola is pleased to have beaten Everton for the first time as a manager, as his side outclassed their hosts in a Premier League encounter on Saturday.

City sealed a convincing 3-1 win at Goodison Park and can clinch the League title next week Saturday when they go against city rivals Manchester United at the Etihad.

Playing together after three weeks out, Guardiola’s men charged into a 2-0 lead in 12 minutes as Leroy Sane and Gabriel Jesus put the Blues in charge.

Raheem Sterling made it 3-0 shortly before half-time, before Yannick Bolasie pulled one back after the break for the Toffees.

“We controlled the game and it was a huge victory. It was the first time as a manager I was able to beat Everton,” the Spaniard coach said after the win.

“It was a long time we weren’t together so you always think ‘what could happen’ but it was good.

“We were clinical especially in the first half. Everybody committed to win the game. Now it is one more game and we will be champions.

“The fans it is significant. It is special. it is important we win – no matter where. Of course the most important thing is these two games.

“We have to go to Anfield with good feelings. Now we have a few days to prepare for this game.”

With a 16-point lead at the summit of the table, City will seal their third Premier League title if they win next week’s Manchester derby.

Up next for the team is the first leg of their UEFA Champions League quarter-finals fixture against Liverpool at Anfield next Wednesday. 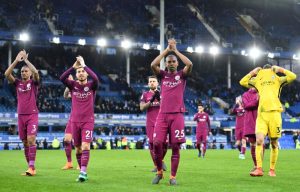