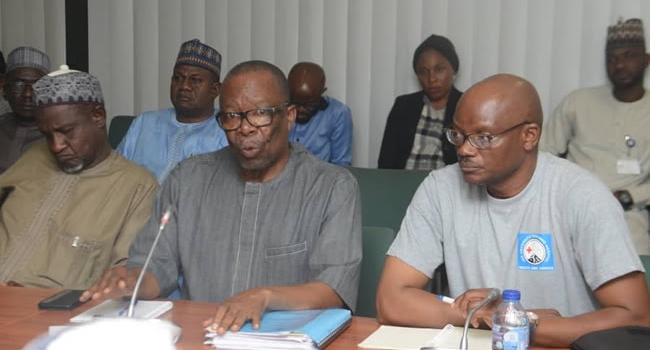 The University of Lagos branch of the Academic Staff Union of Universities (ASUU), has accused the Federal government of plotting to turn lecturers into casual workers in a blatant attempt at “casualising the academia.”

The Academic Union was reacting to the recent payment of half salaries to lecturers after calling off an eight-month strike action last month, which has led to the Union threatening to embark on a protest rally.

In a statement condemning the action of the government, the UniLag Branch Chairman of ASUU, Dr Dele Ashiru, insisted that the rally would hold on Tuesday on the campus so as to send a message to inform Nigerians about the Minister of Labour and Employment, Dr Chris Ngige’s, position on the crisis.

The statement entitled ‘The casualisation of intellectualism in Nigeria,’ noted that all universities that are members of ASUU would hold their protest rallies on different dates.

READ ALSO:Varsity lecturers not casual workers, ASUU says in aftermath of half payment to members

“The action of the Union was a display of manifest trust in the judiciary and other institutions and organs of government to always put national interest above all other considerations. This we believe as a union of thinkers, intellectuals, and patriots.

“Unfortunately, the response of government towards ASUU’s demonstration of trust was the so-called ‘pro-rata’ payment for eighteen days as the October 2022 salaries of academics thereby portraying them as daily paid workers!

“NEC noted with dismay that paying academics on a “pro-rata” basis, like casual workers, is unprecedented in the history of university-oriented labour relations and therefore condemned this attempt to reduce Nigerian scholars to casual workers in its entirety.

“This is not only an aberration but a contravention of all known rules of engagement in any contract of employment for academics the world over,” the Union had said in the statement signed by its President, Prof. Emmanuel Osodeke.