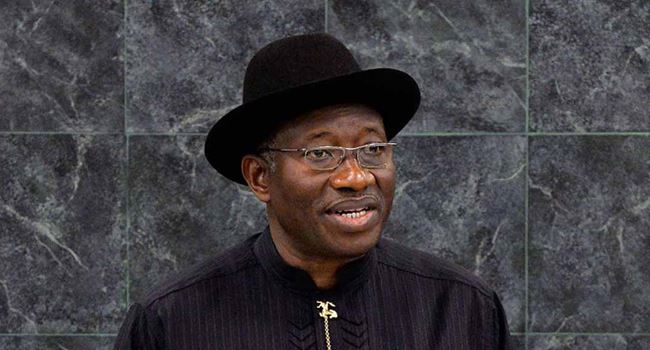 Former President Goodluck Jonathan on Wednesday explained how his government resolved its dispute with the Academic Staff Union of Universities (ASUU) in one night.

The former president held a marathon meeting with ASUU on November 4, 2013 in a bid to end the union’s four-month-old strike at the time.

The union suspended the strike after the meeting which lasted 16 hours.

One of the agreements reached by both parties on that night was the setting up of a negotiation committee to ensure that at least 26 percent of Nigeria’s annual budget was allocated to education, and half of that allocation to universities.

The ongoing strike by ASUU entered its 198th day on Wednesday.

The varsity lecturers, who are demanding a review of the condition of service, revitalisation of public universities, and adoption of the University Transparency and Accountability Solution (UTAS) as an alternative to the Integrated Payroll and Personal Information System (IPPIS) for payment of salaries, among others, extended the strike indefinitely on Monday.

The ASUU President, Prof. Emmanuel Osodeke, last week urged President Muhammadu Buhari to take a cue from Jonathan on how to end the protracted crisis.

The ex-president, who spoke at a conference to mark the 70th birthday of the Bishop of Sokoto Catholic Diocese, Hassan Kukah, admitted that different committees set up by his administration to settle issues with ASUU failed.

He said: “The society we are managing is quite complex. Yes, I was the president and I tried my best. Now, we are talking about ASUU strike. During my time too, ASUU had four months of strike. Different committees were meeting but nothing was working. I said ‘How can our children stay out of school for four good months?

“And I thought that my being there would help us to do things quickly. But we spent the whole night. We finished at 5:30 a.m. and the strike was called off.”