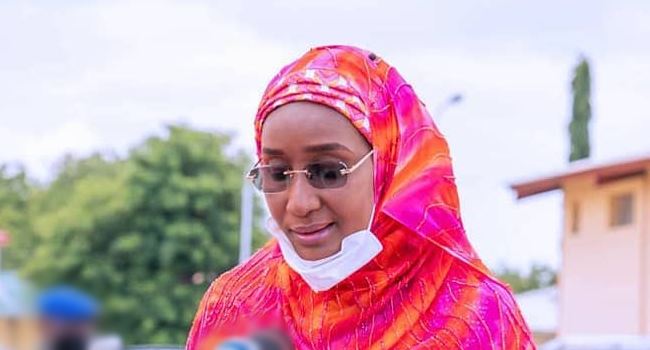 Hajiya Sadiya Farouq, the Minister of Humanitarian Affairs, Disaster Management and Social Development has appealed for the release and safe return of the 27 students of the Government Science College in Kagara, Niger State.

Farouq, who made the call in a statement issued by her media aide Nneka Anibeze on Wednesday, February 17, condemned the abduction in its entirety and prayed for the immediate and safe return of the students.

Ripples Nigeria had reported that the incident which occurred in the early hours of Tuesday left one student dead.

“Our prayers are with the students and staff as well as family members of students of Government Science College, Kagara, in Rafi Local Government Area of Niger, where 27 students, three staff and 12 of their family members were abducted by gunmen.

“We pray for the repose of the soul of the student who was killed and comfort for his family even as we condemn the abduction of these young students.

“All of us at the Ministry are praying for their rescue, safe return, and that this is resolved soon,” she said.

She sympathised with the victims and families of those affected by the crisis.

”In a community where different ethnic groups co-exist, people should learn to live in peace, tolerate and be patient with one another.

“It is unfortunate that a minor misunderstanding generated a conflict that claimed lives and properties.

“I commensurate with the families that lost their loved ones, as well as those who lost their properties. May Allah grant the departed eternal rest.

“It is good news that relevant security agencies have intervened and normalcy is gradually returning to the community.

“As the government is restoring peace to the conflict area, victims would be provided with necessary relief materials,” the minister said.

Gov Bello refused my advice to negotiate with bandits –Matawalle