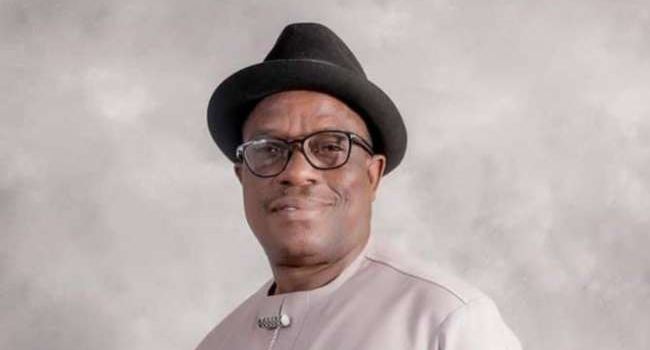 The former Deputy National Secretary of the All Progressives Congress (APC), Victor Giadom, on Thursday, expressed his support for the dissolution of the party’s National Working Committee (NWC) led by Adams Oshiomhole and other decisions taken by the party at its National Executive Council (NEC) meeting held on Thursday.

Giadom, who was one of the APC chieftains that laid claim to the party’s acting national chairman position following the suspension of Oshiomhole by the Court of Appeal last week, convened the party’s NEC meeting on Tuesday.

At Thursday’s meeting held at the State House, Abuja, the APC dissolved the NWC and appointed a caretaker committee headed by the Borno State governor, Mai Buni, to manage the party’s affairs for six months.

While reacting to the development on his Twitter handle, Giadom promised to stand by the NEC’s decision and urged all warring members of the party to sheathe their swords.

He said: “My take on the outcome of today’s (Thursday) APC NEC meeting: I had earlier said that the collective decision of the entire NEC will prevail in today’s meeting. I also promised to stand by any decision decided.

“President Buhari, in his remarks recommended the immediate discontinuation of all pending litigations involving the party and its members; ratifying the primary election conducted in Edo State.

“President Buhari informed NEC members that in order to return to the ‘winning ways,’ the APC must maintain cohesion by closing its ranks.

“The NEC meeting adopted all the recommendations by President Buhari, and appointed the Governor of Yobe State, Mallam Mai Buni, as Caretaker National Chairman, while Senator John Akpanudoede was designated Caretaker National Secretary.”

COVID-19: PTF to submit recommendations to Buhari this week