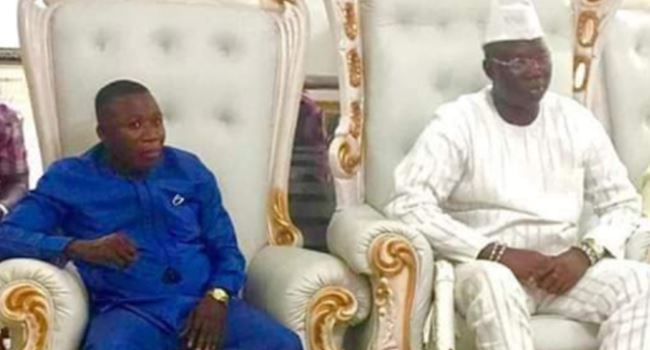 His comment may not be unconnected with the exchange of words between Fani-Kayode and the Oodua Peoples Congress (OPC) over whether or not the suspected Fulani warlord Iskilu Wakili in police custody is the authentic person wanted for alleged killings and abductions.

Fani-Kayode had stated that the Wakilu arrested last Sunday by OPC operatives is not the notorious gang leader terrorising the Ibarapa area of Oyo State.

However, the OPC had accused him of seeking undue relevance and prominence.

But Sunday Igboho, in a statement by his spokesman Olayomi Koiki, said he has no problem with anyone who supports the agitation for the Yoruba nation.

He said: “Anyone who is willing to support the agitation for the Yoruba Nation is highly welcome, the goal is ‘YORUBA NATION NOW’.

“We know what we want and no going back. Every other side talk is nothing but a distraction. We are fully focused, YORUBA NATION is the goal.

“Let me reiterate, anything you did not hear from I, Sunday Adeyemo (Igboho) or my spoke person Olayomi Koiki of Koiki Media is not a fact.

“Chief Femi Fani-Kayode is one of the stakeholders that identifies with us on the struggle of Yoruba Nation agitation.

“He can give his own advice at any time as regards the agitation and there’s no reason to doubt him. We have a 100 percent confidence in him.

“Let’s not talk with envy. We must unite and stay strong in one voice. Therefore, we want to identify with Chief Femi Fani Kayode and any other person that stands for the Yoruba race irrespective of their religion or political party affiliation. Thank you and God bless”.

NNPC insists no increase in petrol price in March