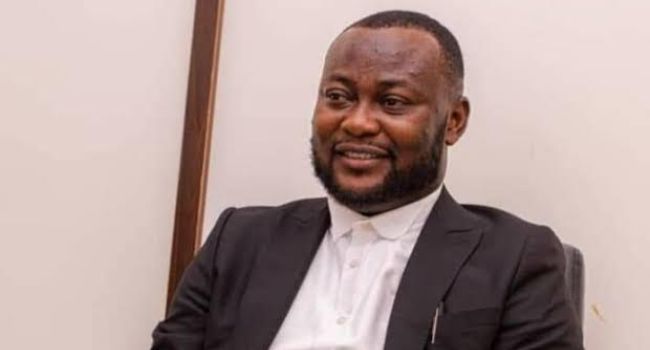 Pelumi Olajengbesi, one of the lead counsels to embattled Yoruba Nation agitator and self-appointed freedom fighter, Chief Sunday Adeyemo, aka Sunday Igboho, has announced his withdrawal from the activist’s legal team.

Olajengbesi who has been having a running battle with the leader of the umbrella body of Yoruba Self-Determination Groups, Ilana Omo Oodua (IOO), Prof. Banji Akintoye, announced his withdrawal from the Igboho defence team in a statement on Sunday.

Olajengbesi who is the Managing Partner of an Abuja-based law firm, Law Corridor, in the statement on his official Facebook page, said though he represented Igboho and the people arrested by the DSS in a raid on his Ibadan home, he was not an advocate of the Yoruba Nation agitation.

Olajengbesi’s resignation followed a statement by Akintoye who accused the lawyer of playing double standards and not speaking for Igboho nor was he involved in the Yoruba Nation self-determination struggle.

“This is to officially announce my resignation as counsel involved in any matter relating to Chief Sunday Adeyemo Igboho and the Yoruba Nation agitators.

“As a firm, we are satisfied with our little best in contributing to providing legal solutions and representations to Chief Sunday Adeyemo (Igboho) and associated Yoruba Nation agitators as far as ensuring the protection and enforcement of their rights in this matter.

“We have two persons with on-going terrorism trials at the Federal High Court and our firm will dutifully continue and close the trial having commenced their matter.

“While thanking everyone, particularly Chief Yomi Aliyu SAN for the opportunity and freehand service, Dr. Olasupo Ojo for his fair leadership and Chief Femi Falana for allowing his industry to be tapped and for the moral support, I most respectfully wish to now step aside.

“I have stated ab initio that the scope of my work will only be within the purview of my professional duty as a lawyer to Sunday Igboho and his aides.

“I am a strong believer in constitutional democracy, civil liberty and human rights which includes the right to self-determination but I am not a Yoruba nation agitator, nor a member of any like organisation.

“My reaction to Prof. Akintoye was not to undermine the Yoruba struggle but is based off my personal convictions which I am entitled to.

“I do hope my friends in the struggle will allow me enjoy the benefit of my right to such a choice as a person of thought and conscience,” he said.

Uzodinma now to name sponsors of insecurity in Imo on Tuesday