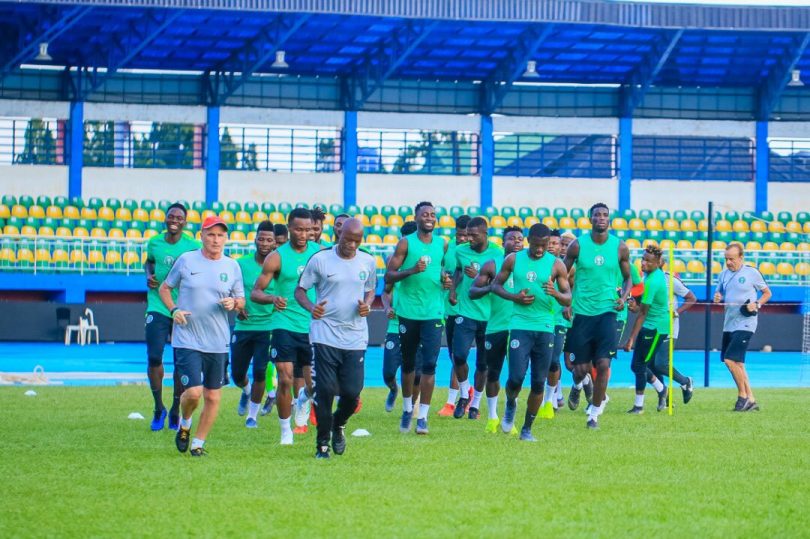 Kelechi Iheanacho and Semi Ajayi are the two players dropped from the provisional 25-man squad of the Super Eagles ahead of the 2019 Africa Cup of Nations (AFCON).

Manager Gernot Rohr has announced the final 23-man squad to represent Nigeria at this year’s tournament in Egypt.

Iheanacho struggled for regular playing time at Leicester City this season and failed to convince Rohr he is worthy of a place in Egypt.

Although Ajayi was a standout performer for Rotherham United in the English Championship, he could not make the list in the place of more experienced Eagles who play at bigger clubs.

Read Also: Super Eagles held to goalless draw by Zimbabwe in pre-AFCON warm up in Asaba

Rohr’s Eagles were held to a goalless draw by the Warriors of Zimbabwe in a pre-AFCON friendly in Asaba at the weekend.

They are scheduled to face the Teranga Lions of Senegal on June 16, before they begin their AFCON campaign on June 22 against Burundi. Guinea and Madagascar are their other group foes.

The 23 players and their officials are expected to fly to Ismaila on Sunday for the final lap of their preparations for the competition.

THE FINAL 2019 AFCON SQUAD OF NIGERIA