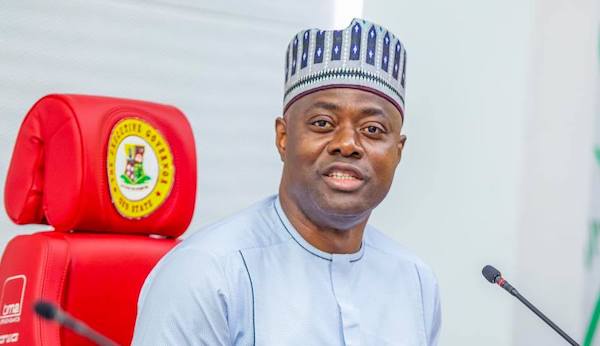 The Oyo State Governor, Seyi Makinde, on Thursday urged the service chiefs to deploy more troops to the state to tackle criminals.

Makinde, according to a statement issued by his Chief Press Secretary, Taiwo Adisa, made the call when he hosted the service chiefs at the Executive Chamber of the Governor’s Office in Agodi, Ibadan.

The governor was represented at the forum by his deputy, Rauf Olaniyan.

Makinde acknowledged the cooperation the state has been receiving from the Nigerian Army through the GOC.

He said: “We have been receiving cooperation from the Nigerian Army based in Ibadan under the General Officer Commanding. So, I must tell you that the state government is appreciative of this because they answer our call anytime we call them.

“I also want to state that the insecurity in Oyo State is not peculiar to this state alone but Nigeria as a whole. Many people are hiding under different canopies, but we know that insecurity is the handiwork of criminals. It does not have religious colouration, no ethnic colouration. A criminal is a criminal but whatever will suit the purpose of the narrator is what we hear in town.

“The main thing is that insecurity is here, but it is not being unattended to and I can tell you that among the Armed Forces, Police, Operation Burst, Amotekun, there is synergy.

“Though you may be hearing different stories outside, there is synergy and continuous engagement. Every one of us has one target and the central target is the maintenance of peace and security of lives and property across the state.”

“Also, we want the Nigerian Army to do more. The criminals come in through Oke-Ogun, the boundary between Oyo and Kwara States, extending to Baruten in Kwara and extending to the Benin Republic. So, we need more troops for surveillance, more than what is on the ground.

“We will appreciate it if the Chief of Air Staff can equally come in to assist us through air surveillance. I am sure it is going to be a continuous process. We have to be proactive and the state government will be ready to render logistic support.”

In his address, the CDS said the service chiefs were in Oyo State to familiarise themselves with the troops, officers and men of the Nigeria Army in the state and to let the government know of the military’s effort at addressing the security challenges.

Buhari meets monarchs, vows to be ‘harder’ on criminals